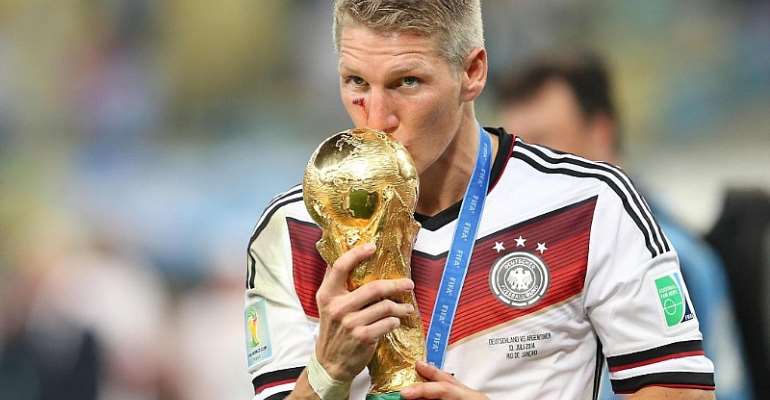 Germany's 2014 World Cup winner Bastian Schweinsteiger on Tuesday announced his retirement at the age of 35, following the end of the American MLS season.

Schweinsteiger, who has played for Chicago Fire since 2017, is among the most decorated German footballers, having won many titles with Germany's Bayern Munich and the national team over a 17-year professional career.

A midfielder, Schweinsteiger played for Bayern Munich from 2002 to 2015, winning eight league titles, seven German Cups and the 2013 Champions League with the dominant Bundesliga team.

He then had a brief stint at Manchester United from 2015-17 before joining Chicago Fire in the United States.

"Dear Fans, the time has now come, and I will be finishing my active career at the end of this season," Schweinsteiger said in a statement posted on social media.

"I would like to thank both, you and my teams @fcbayern, @ manchesterunited, @chicagofire and @dfb_team (German national team). You made this unbelievable time possible for me!"

"Saying goodbye as an active player makes me feel a little nostalgic, but I am also looking forward to the exciting challenges that await me soon. I will remain faithful to football."

Schweinsteiger also earned 121 caps for Germany, scoring 24 goals and crowning his international career with the 2014 World Cup victory in Brazil.