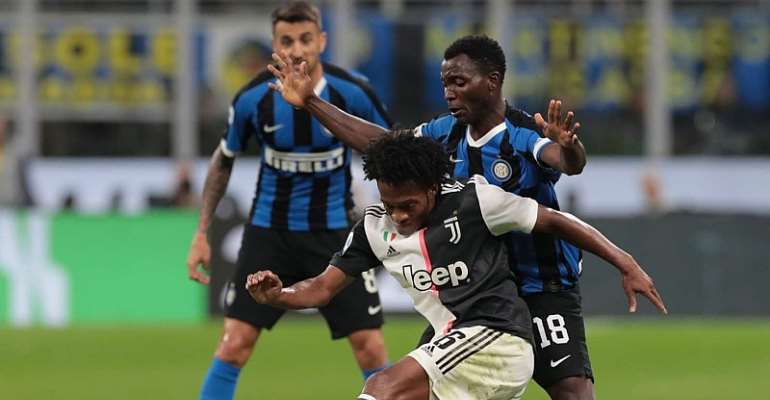 Ghana ace, Kwadwo Asamoah featured for Inter Milan as Juventus won 2-1 at the San Siro which ended the Nerazzurri's 100% start to the 2019-20 Serie A season.

Paulo Dybala and a late winner from Gonzalo Higuain propelled Maurizio Sarri's men to snatch all three points despite Lautaro Martinez's equaliser from the penalty spot.

The result sees Inter drop to second spot, just a point behind the Bianconeri.

Asamoah made his sixth Serie A start this season, playing the entire match like he has done in previous outings.

The 28-year-old made three tackles, three clearances and one interception at left wing-back. The Ghana international also made 55 passes which was the third highest total in the Inter shirt, behind Marcelo Brozovic and Stefan de Vrij.

He played for Juventus between 2012 and 2018, racking up five goals and 21 assists in 156 competitive appearances, lifting the Serie A six times, as well as the Coppa Italia and Supercoppa Italiana (thrice each).

Inter will be seeking redemption from Sunday's defeat after the international break, when they travel to Sassuolo on October 20.