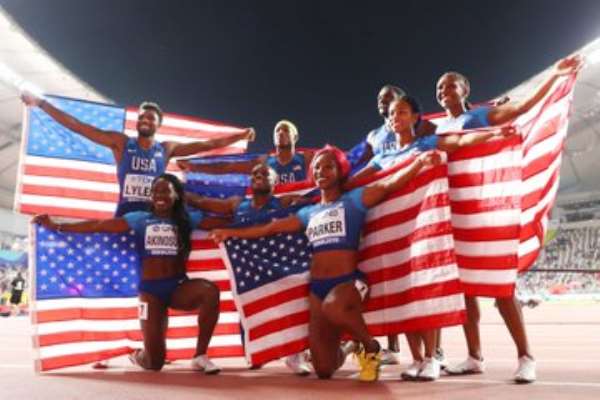 The United States won a first gold medal in the men’s 4x100m relays in 12 years after they stormed to a blazing victory at the world track and field championships Saturday, while Jamaica took the women’s title, dethroning defending champions USA who had to settle for bronze.

Coleman immediately put the U.S. in the lead with an explosive first leg and victory didn’t seem in doubt after that despite a slow final baton handover.

Gatlin said he was thankful to his teammates after winning the first major-championship relay gold, 15 years after his Olympic debut. The time of 37.10 seconds was the third-fastest in history, beaten only by the Jamaican teams of 2011 featuring Usain Bolt.

Britain, the champion in 2017, took silver ahead of Japan.

Jamaican didn’t even reach the men’s 4×100 final but won the women’s race as Shelley-Ann Fraser-Pryce earned her ninth career world championship gold medal. That’s the second-highest of any woman in history bar Allyson Felix, who has 12 and could win a 13th in the 4×400 on Sunday.

Running second with her hair yellow and pink, Fraser-Pryce chased down the British and U.S. teams before Jonielle Smith’s third leg left Jamaica firmly in control. 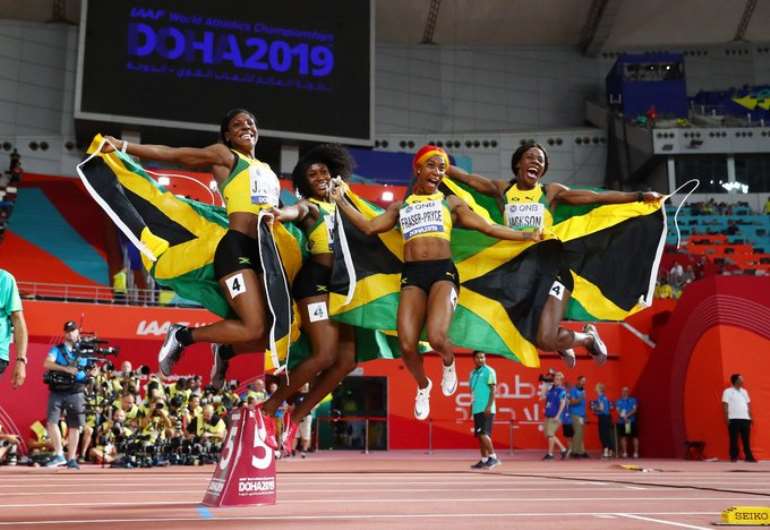 Jamaica won in 41.44 seconds, 0.41 ahead of second-placed Britain. The British sprinter Dina Asher-Smith her third medal of the championships after individual 200-meter gold and 100-meter silver, and her third career world medal in the 4×100. The U.S. women’s team couldn’t defend its 2017 title as it took the bronze. 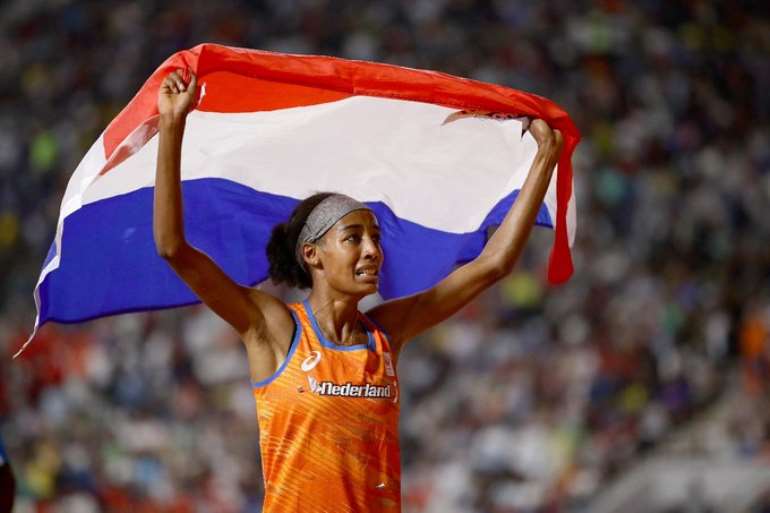 Sifan Hassan of the Netherlands became the first woman to win both the 1,500 meters and 10,000 at a single world championship, despite admitting her preparations were disrupted by the doping ban for Alberto Salazar, the head coach of the camp where she trains.

Hassan was unbeatable over the last lap as she won in a championship-record pace of 3 minutes 51.95 seconds, just short of the world record. The 2017 world champion Faith Kipyegon of Kenya took a distant silver, with bronze for Gudaf Tsegay of Ethiopia.

Hassan is part of the Nike Oregon Project team, which was headed by Salazar until he was banned for doping offenses Tuesday. Hassan has not been accused of any wrongdoing and is now working with a replacement coach.

Another runner from the camp, Konstanze Klosterhalfen of Germany, took bronze in the 5,000 the same evening. Klosterhalfen was shoulder-to-shoulder with three Kenyans on the final lap before Hellen Obiri pulled clear to win gold from Margaret Chelimo Kipkemboi. 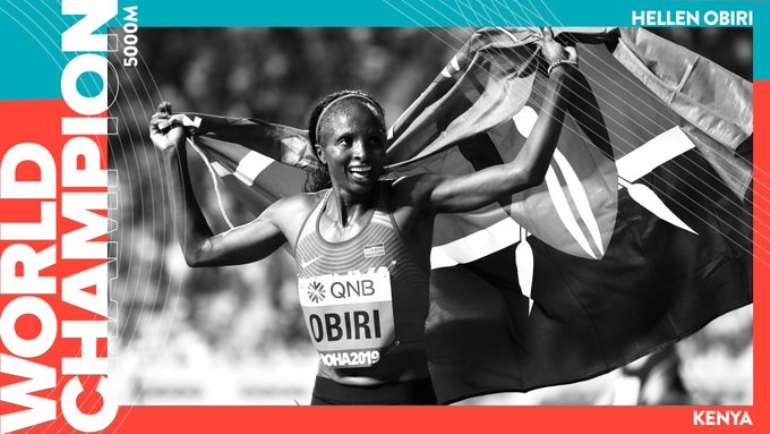 More history was made in the men’s shot put, as four athletes beat the old championship record in a contest decided by a single centimeter.

Joe Kovacs took gold for the U.S. with 22.91 meters on his final throw, against the 22.90 thrown by silver medalist and fellow American Ryan Crouser and New Zealand’s bronze medalist Tomas Walsh.

Yulimar Rojas repeated as world women’s triple jump champion for Venezuela, leaping 15.37 meters in the second round. None of her opponents could come close as Jamaica’s Shanieka Ricketts managed silver with 14.92, while 2016 Olympic gold medalist Caterine Ibarguen took the bronze for Colombia on 14.73.

What Has "Otani Gyimifoc" Have To Do With Agyapa Royalties L...
56 minutes ago