Jean-Pierre Adams: The Soccer Star Who Fell Into A 37-Year Coma 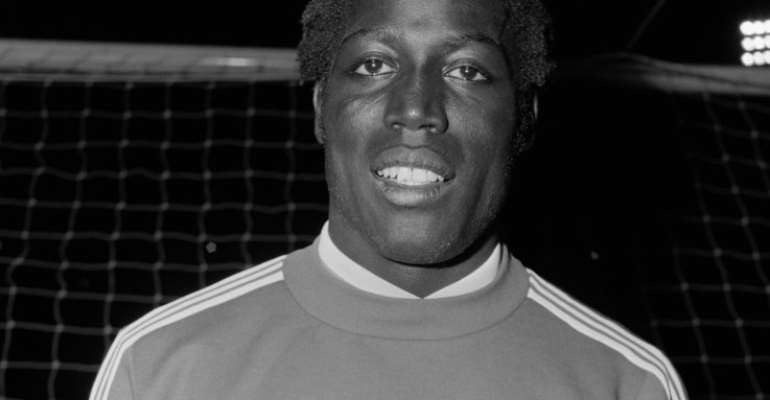 On July 7, former French soccer star Jean-Pierre Adams will reach an unwanted milestone, when he becomes the person in the third-longest coma in recorded history. He is already the male who has spent the most time comatose.

After a botched routine knee operation at the age of 34, the athlete was left in a persistent vegetative state. That was in 1982. As decades have passed his wife Bernadette Adams has dedicated her life to caring for her husband, in the hope medicine will advance and doctors might one day wake him up.

Jean-Pierre was born on 10 March 1948 in the former French colony of Senegal, to a devout Catholic family. Aged 10, his grandmother enrolled him in a school in France during a religious pilgrimage, before a couple from an area to the south of the capital Paris adopted him.

"I was like a little lost puppy without a collar," Jean-Pierre later said of being left in France.

The boy brought a love of soccer with him to his new home, which he likely partly caught from his uncle Alexandre Diadhiou, who played for the Jeanne d'Arc in Mali. After playing for an under-13s squad, he joined the French Military team during conscription.

In 1968, Jean-Pierre met a girl named Bernadette at a dance in the town of Montargis. Bernadette, the daughter of a builder from central France, loved dances.

She told British newspaper The Times in 2014 the 5ft 10in 20-year-old was a "mountain of muscle" who had an easy-going, "joyous" attitude towards life.

The pair soon moved in together. At first, her parents were unsure: a white woman and a black man was a controversial pairing in France at the time. But their initial prejudice was no match for Bernadette's feelings.

Recalling a conversation with her mother at the time, Bernadette told The Times in 2014: "I left home. I told her: 'It will be him and no one else'."

"When I've decided something, I don't waver," she said.

Bernadette's perseverance paid off, and her parents quickly fell in love with the then-amateur association footballer who was completing his military service. The pair got married in 1969, and would go on to have two sons: Laurent and Frédéric.

Drawing on the reptilian nickname of the club, legendary Nîmes trainer Kader Firoud told the young player: "You already have all the qualities of a young wolf, and if you are not afraid to work you will become a true crocodile."

Half a season later, France Football magazine lauded Jean-Pierre in its pages for his ability to act out "dramatic fantasy" on the pitch.

Jean-Pierre's talents saw him regularly playing for the French national team in the 1970s, earning 22 caps. He left Nîmes for bigger teams, eventually playing for both Paris Saint-Germain and Nice.

As well as his impressive athleticism, his personality shone through. Bernadette told CNN of her husband in 2016 he "was the 'joie de vivre' embodied in human form" and "loved the good life." Jean-Pierre was always smiling, she said, and loved by everyone.

By 1982, Jean-Pierre was getting old—for an athlete at least—and he moved into coaching. Jean-Pierre juggled his new commitments with running a sports shop with Bernadette in the center of the city of Chalon-sur-Saône.

While training to be a coach in Dijon that March, he hurt his tendon.

At Édouard Herriot Hospital in Lyon, a doctor booked Jean-Pierre in for surgery on Wednesday, March 17: a date that coincided with a strike at the hospital.

When Jean-Pierre had his surgery for his relatively minor injury, the facility was running on empty: staff were stretched and providing care they weren't qualified to give.

Still, Jean-Pierre was unfazed. "It's all fine, I'm in great shape," he told his family on the morning of the operation.

But during what should have been a routine procedure, staff failed to put Jean Pierre under correctly. Oxygen wasn't sent around his body, causing a cardiac arrest.

After three weeks, he woke up. But the accident had left him with catastrophic brain damage and without his bodily functions.

Jean-Pierre spent the next 15 months in hospital. Declining the advice of the authorities, Bernadette took her husband home instead of putting him in an old people's home.

Now, Adams can only open and close his eyes, and digest blended food, according to CNN.

The couple live in their home in the village of Caissargues, near Nîmes in southern France.

Every day, Bernadette blends and feeds Jean-Pierre his breakfast, lunch, and dinner. And with the help of nurses and physiotherapists who visit multiple times a day, she provides round-the-clock care. Sometimes she stays up all night tending to her partner. Bernadette is able to pay for her husband's care after she won a 12-year-long battle with an annuity court.

"There is an activity in his mind, but it is not the right sort of activity because there was so much destruction of his brain," Bernadette told The Times.

Despite not having a conversation with her husband for decades, Bernadette is certain Jean-Pierre has some semblance of awareness.

"I talk to him all the time—about TV, what's in the mail, anything!" Bernadette told CNN. "There is always movement around him. He is always next to us."

Her devotion partly lies in the hope that one day medicine will advance enough to break her husband from his coma.

"The more time that passes, the more bothered I get," she told CNN. "His condition does not get any worse, so who knows? If one day, medical science evolves, then why not? Will there be a day when they'll know how to do something for him? I don't know."