GFA Elections: I Will Get Rid Of Corruption From Ghana Football - Nana Yaw Amponsah 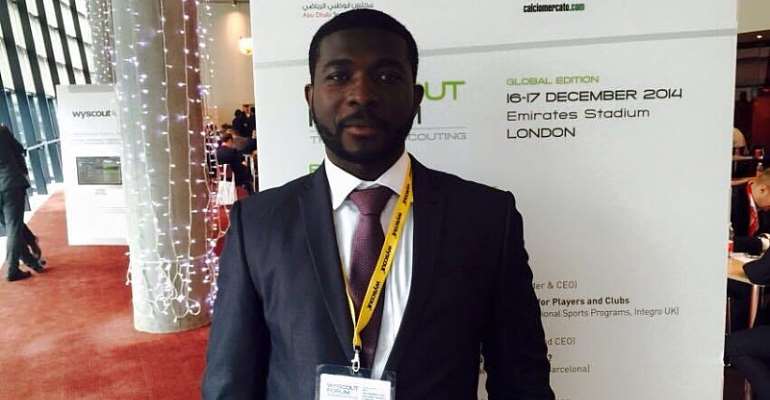 An aspiring president of the Ghana Football Association (GFA), Nana Yaw Amponsah, says his first assignment as the boss of the GFA will be to erase the perception of corruption which has entangled the association to give it a new phase.

In an exclusive interview with Graphic Sports, Mr Amponsah, the Chief Executive Officer (CEO) of Division One club, Phar Rangers, described the upcoming elections as a unique opportunity to choose a leader who believed in transparency, probity and accountability and could attract corporate bodies to invest in Ghana football once again.

“When I assume office as president, the first task is to cure the corruption perception by being transparent with issues. I believe the association must be accountable to the people and that is what we will do. There will be absolutely no room for corruption under my administration,” he said.

According to the football administrator, the next GFA, hopefully under his presidency, would have honest professionals who would readily work with representatives of corporate bodies to avoid the possibility of embezzlement with regards to the construction of projects.

“If the GFA wants to construct a pitch and we need, for instance, USD $100,000, we will propose to the organisation which is ready to fund or partner the project to have their official on the project committee. We may as well leave the company to build the proposed project and later hand it over to us after completion.”

He further gave an assurance that under his leadership, GFA would employ the services of a professional auditing firm to audit their accounts and thereafter, publish it for people to know the financial status of the association. That level of transparency he believed, would help the association appeal to corporate bodies again.

“The GFA under my leadership will have its audited account published annually for people to know the inflows and outflow of the association, this will bring transparency. This and others which will be done will attract the corporate world because they do the same thing and they will trust you if you do the same.”

Mr Amponsah, who is noted to have introduced Fitcom, a football kits manufacturing company to provide jerseys and other sporting wears for more than 60 clubs in Ghana, in May this year, said the lack of sponsorship which had affected Ghana football would be a past narrative.

“I believe more companies want to come on board but some sometimes refrain because of the corruption perception. I think with the right proposals and personalities, we will have more sponsors coming to support our football,” he assured.