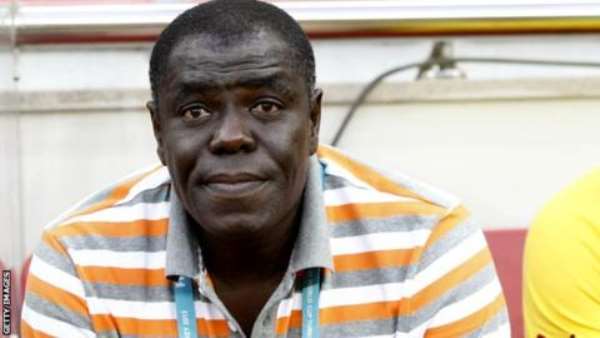 Almost two and a half months after crashing out of the 2019 Africa Cup of Nations tournament, some officials of Ghana’s Black Stars and a player are demanding the payment of all monies due them for various roles they played in the senior national football team.

Some of the affected officials who spoke to the Graphic Sports say their patience was running out over the delay to get their monies paid, weeks after Ghana’s quarter-final elimination from the AFCON in Egypt.

The Graphic Sports understands that the outstanding money to officials as well as a player identified as the team’s third-choice goalkeeper, Felix Annan, includes emoluments from the team’s pre-AFCON training camp in Dubai, United Arab Emirates last May.

Most of the affected personalities demanded not to be named but said they were unsure when they were going to get paid in spite of repeated assurances by the Ministry of Youth and Sports that the issue would be sorted out soon.

A garnishee order by an Accra High court is believed to have crippled the ministry as it has no access to its accounts and cheques issued to the affected Black Stars officials were not honoured due to the freeze on the accounts.

Some of the affected officials, mainly the backroom technical staff and the three coaches who served as scouts for head coach, Kwasi Appiah, said they were left disappointed after they failed to cash their cheques at the bank as far back as July.

Yesterday the Minister of Youth and Sports, Isaac Kwame Asiamah, admitted that the garnishee order was the principal reason why the ministry was still indebted to some of the people who laboured for the national team but said he had initiated plans to get the problem resolved.

The minister indicated that those affected included Asante Kotoko goalie, Annan, but gave an assurance that the problem would be resolved by the close of the week.

“We issued cheques to the players and officials and many cashed theirs before the court order came. We have to pay them out of the project money of about GHc6.5 million but the situation is such that we have no control over it except because it is in the hands of the court,” said Mr Asiamah who indicated that he was working with the team’s sponsor, GNPC, to help pay the officials and the player.

The Deputy Sports Minister, Perry Curtis Okudzeto, explained further that the ministry had written to GNPC to facilitate payment which could be finalised this week.

“We have written to GNPC, one of the main sponsors and we got a response from the CEO of GNPC, Dr K.K. Sarpong (who is also the chairman of the Black Stars management committee) asking for further details which we have provided. We are given the names and details of the affected officials to GNPC to pay directly into their bank accounts, hopefully by the close of the week,” assured Mr Okudzeto in an interview with the Graphic Sports yesterday.