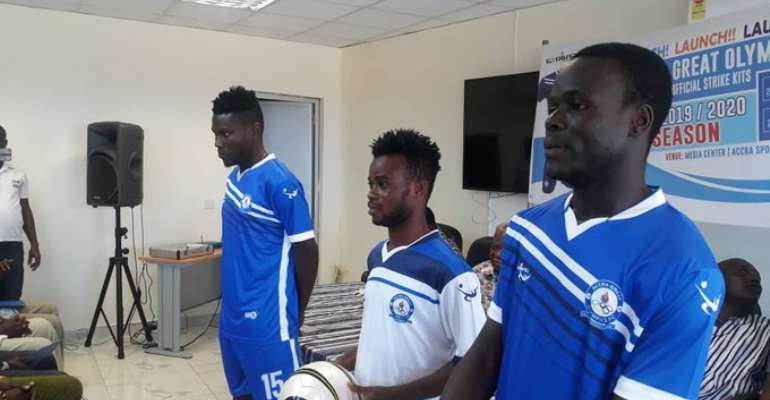 Ghana Division One League club, Great Olympics has unveiled new home and away jersey ahead of the possible start of the new season in the next couple of months.

It can be recalled that the former boogie side of the Ghana Premier League heavyweights announced securing a partnership deal with Portuguese kits manufacturing firm ‘STRIKE’ back in July.

After receiving the newly designed jerseys, Olympics outdoored the beautiful kits at a short ceremony at the media center of the Accra Sports Stadium on Thursday, September 26, 2019.

The jerseys have been designed with the traditional White and Blue colours of the club.

Olympics have signed a three-year contract with the Portuguese sports kit manufacturing firm.

According to the club, the decision to sign the kit sponsorship agreement with STRIKE is to help them rebrand in their quest to gain promotion into the Ghana Premier League within the shortest possible time.