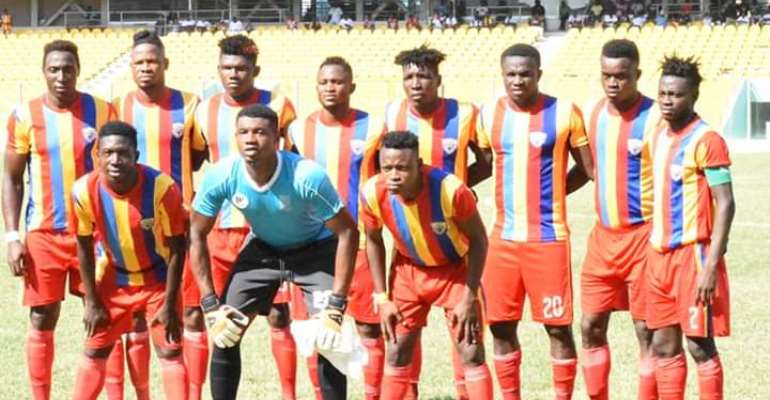 Ghana Premier League giants, Accra Hearts of Oak has announced that they will be engaging Okwahu United in a friendly match this weekend as they continue preparations in the off-season.

The Phobians have been in camp since late July and have been training in anticipation to the start of the Ghana Premier League before the year ends. Having played a couple of warm-up matches already, they are set for another one this weekend to ensure their players keep their shape.

Their opponent, Okwahu United is one of Ghana’s most famous clubs and is expected to give the Accra-based side a good run for their money even though there will be nothing at stake.

The match will be played at the Nkawkaw Park in the Eastern Region this Sunday, September 29, 2019, and will kick off at 15:00GMT.

Meanwhile, Hearts will go up against Liberty Professionals a week later in the Homowo Cup at the Accra Sports Stadium.