On The GFA Presidential Election 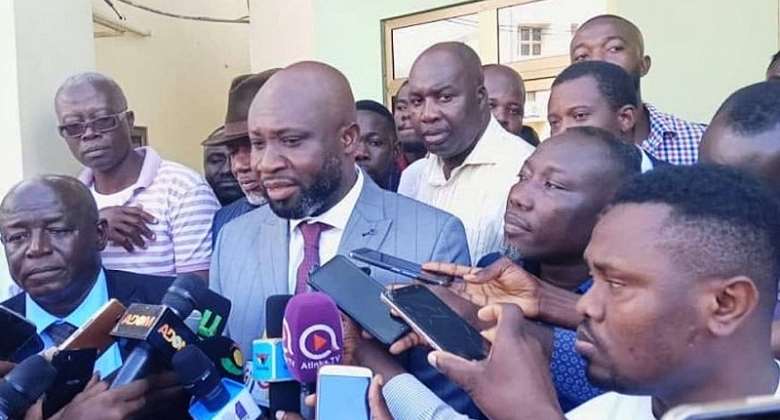 As I tried to stir a discussion on the GFA Presidential election, the personalities that have filed to contest and their campaign messages last Friday; I noticed that some colleagues have been as concerned as I am on the silence of virtually all the presidential hopefuls on their plans to substantially change the state of Ghana football.

The essence of my post was not to ridicule any of the individuals who have formerly submitted their forms but to only share my observations. Thus, I wrote on Facebook and Twitter: “Perhaps apart from Kurt Okraku and Nana Yaw Amponsah, who have given the public snippets of their plans for Ghana football, if they're given the mandate as GFA President, the rest have had no message. We may have to wait for their official launch or when they become 'proper' candidates to see what will change regarding their plans for our game. So far, for me, there's been nothing convincing from Osei Palmer, George Afriyie and Fred Pappoe. I have no vote but I'm afraid, as an observer, I've seen nothing impressive.”

I stand by this view despite the opposing opinions others have on it.

I acknowledge replies from the teams of Palmer and Kurt, all inviting me to their media events. Kurt unveils his manifesto on Tuesday while Palmer does his media launch on October 2. I have seen documents spelling out the vision of Nana Yaw Amponsah and Amanda Clinton. I have heard George Afriyie and Fred Pappoe speak vaguely on what they bring to the table.

From where I sit, sketchy media commentary by the presidential hopefuls on their plans defeats the idea of making the general public part of their campaign. The presidential hopefuls are yet to pass the integrity test and thus declared fit for the contest. While they wait to be cleared, they have nonetheless been campaigning. Their campaigns ought not to be in the public domain.

The voting population they have to meaningfully engage and win their votes are only 120. This small voting population is within the public space but the sensible thing to do is to engage them privately. I have wondered why people think I do not know this and that I expect, the presidential hopefuls to mount radio and television platforms to campaign. Only a novice would think like that.

The public is a stakeholder in this enterprise although it is the 120 delegates who will chiefly be voting. The delegates must do Ghana football a good service. They must elect someone with a broad vision, unblemished character, impeccable leadership credentials, proven and demonstrable competence, to steer our football which is increasingly slipping into nothingness at almost every level.

The delegates must be guided by reason, not superfluous or extraneous factors. We cannot afford a return to all the things that triggered #12. A new era dawns. Those to usher us into that new era of Ghana football are not the President and the Executive Council who will be elected on October 25, 2019. It is 120 people. Those with the power to vote and to make choices as to who leads our football. Their choices will define Ghana football. We can only hope that they choose wisely.