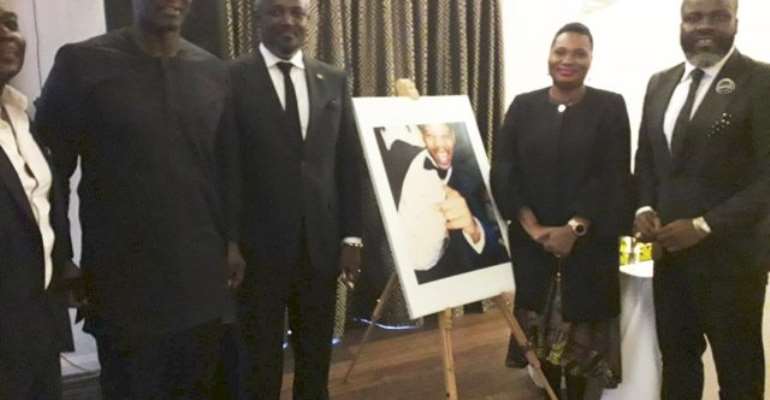 The Deputy Minister on behalf of the Sports Ministry donated £5000 to the family while the GFA also donated $5000.

The funeral service of the former Black Stars player was held on September 20, in the UK where he died.

The former Zamalek and Chicago Fire striker is set to be cremated at a private ceremony at St. Mark’s Church, 114 Hamilton Terrace, London NW8 9UT after the funeral service.

Agogo, 40, suffered a stroke in January 2015, but he appeared to have fully recovered and was seen dancing in a video posted on Instagram in April.

His followers celebrated his recovery and his dance moves while others urged him to cut back on smoking. His death was reported on August 22.