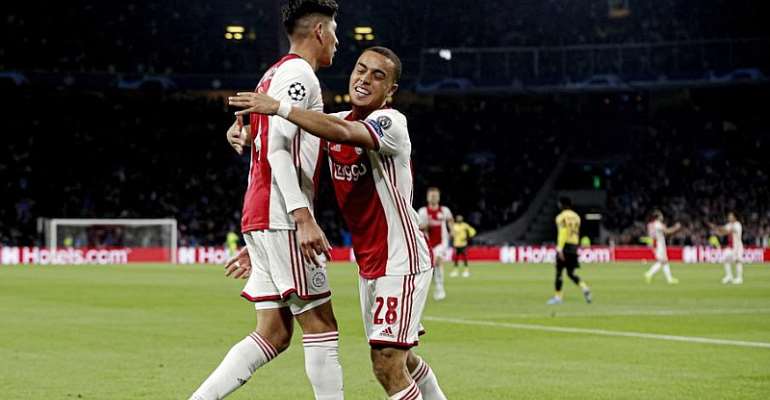 Ajax Amsterdam gave a powerful reminder of their Champions League potential with a resounding 3-0 win over Lille in Amsterdam on Tuesday at the start of the group phase.

Last season’s surprise package look hellbent on a repeat of their heroics, which got them all the way from the preliminary rounds to the semifinals, and goals from Quincy Promes, Edson Alvarez and Nicolas Tagliafico ensured an emphatic start to Group H.

Having come through the preliminary rounds again, Ajax went ahead when Promes, one of their new signings, powered home a header after 18 minutes, getting in between two Lille defenders at the back post to finish off Tagliafico’s cross.

Alvarez, also bought since last season’s run to the final four of the Champions League, added the second goal in the 50th minute as David Neres slipped him in with a short pass and the Mexican international hooked a stinging shot in from a tight angle.

Fullback Tagliafico, one of the smallest on the pitch at 1.73 metres, then rose majestically to head home Hakim Ziyech’s 62nd-minute corner and extend the Dutch club’s lead.

Lille, back in the Champions League for the first time since the 2012-13 season, had chances but saw Jonathan Ikone, Victor Osimhen and Mehmet Zeki Celik all hit good efforts straight at Ajax goalkeeper Andre Onana.

In the last minute, substitute Yusuf Yazici crashed a shot against the upright but then hit the rebound over the top in the closest that last season’s Ligue 1 runners-up came to a consolation goal.

Ajax are next away at Valencia on October 2 while Lille host Chelsea the same night.