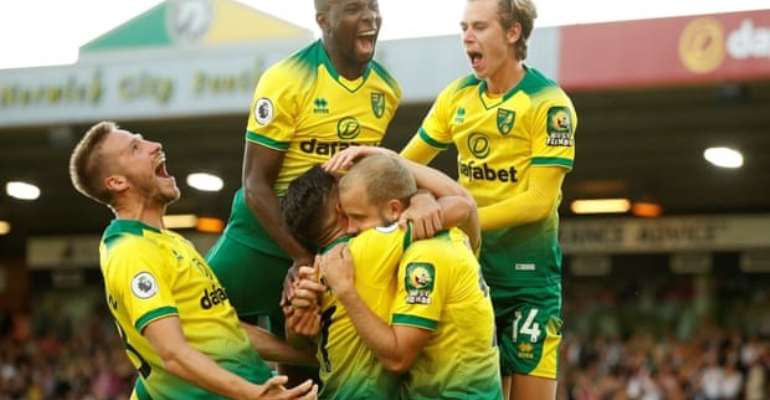 Norwich City produced one of the greatest Premier League upsets in recent times with a 3-2 win over Manchester City at Carrow Road.

Kenny McLean's powerful near-post header from a corner put the Canaries ahead after 18 minutes and they doubled their lead inside half an hour when Todd Cantwell finished a slick counter-attack by sidefooting into an empty net.

Sergio Aguero halved Norwich's lead with a header just before half-time but Teemu Pukki took advantage of slack defending by Nicolas Otamendi early in the second half to restore the two-goal advantage.

Rodri's shot from the edge of the penalty area with two minutes remaining gave City hope, but Norwich withstood late pressure to claim their second win of the season.

Daniel Farke's side move out of the bottom three and up to 12th in the table, while City remain in second place but are five points behind leaders Liverpool.