Eto'o's Son Gets Call-Up To Cameroon U-17 Team 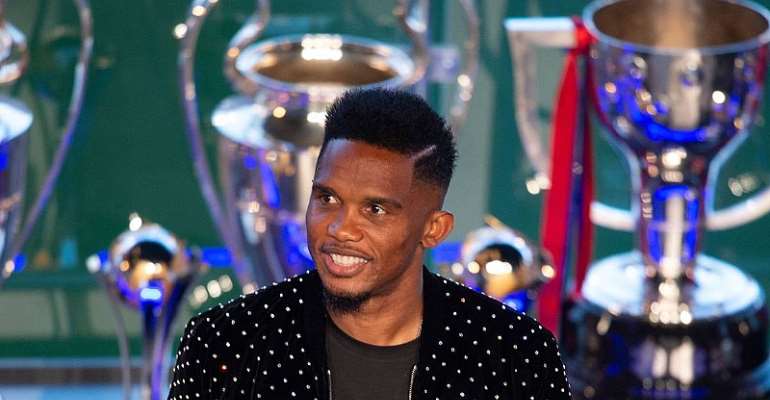 Samuel Eto'o's son Etienne Eto'o Pineda has been called-up to Cameroon's initial squad for the Under-17 World Cup in Brazil.

The 17-year-old is eligible to play for Spain, where he was born, but is now expected to commit to playing for his father's country of Cameroon.

He was not part of the squad that won the Under-17 Africa Cup of Nations in Tanzania earlier this year to qualify for the World Cup that begins on 26 October.

The striker is currently the captain of the under-17 team at Spanish club Mallorca, one his father's former clubs.

Samuel Eto'o, who retired from football earlier this month, played for Cameroon under-17's but was also a member of the senior national team before his 17th birthday.

The Cameroon Football Federation is waiting for clearance from Mallorca for Etienne to join the squad's Under-17 World Cup Cup training camp at the Caf Centre of Excellence in Yaounde.

The team is expected to continue gearing up in Istanbul, Turkey from the 20-27 September before heading to Brasilia for their last training camp.

At their second World Cup the Cameroonians will play Argentina, Spain and Tajikistan in Group E in Brazil.

During their maiden appearance at the World Cup in 2003 in Finland, Cameroon exited the tournament in the group stages undefeated with the highpoint of their participation an exciting 5-5 tie with Portugal.