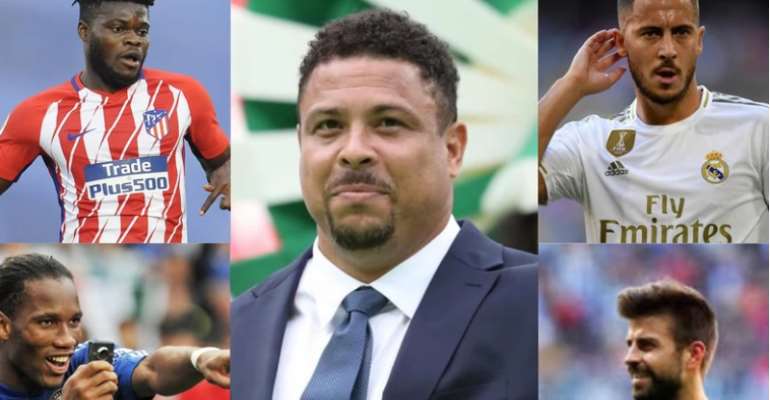 Footballers career paths are mostly coaching and punditry, but few of them have managed to break the barrier and now have clubs of their own either after retirement or before they hang up their boots.

The former Black Stars skipper is the bankroller and owner of Nania FC.

In 2011, the club made history by becoming the lower tier side in the history of Ghanaian football to win the FA Cup- defeated Asante Kotoko 1-0 in the final.

They are currently competing in the first division of Ghana, which is the second tier of Ghanaian football.

The idea of Beckham owning a club was first proposed when he joined LA Galaxy from Real Madrid in 2007 and was offered the chance to buy an MLS expansion team for $25million.

He turned down the opportunity then but began talks with the league following his retirement in 2013, and in March 2014 it was announced he had his option to buy an expansion team in Miami.

It took four years, but in September 2018 the team finally got a name – Club Internacional de Fútbol Miami, or Inter Miami for short – and the franchise is due to debut in MLS in 2020.

He appointed his former teammate, Alessandro Nesta as the first coach of the club. Nesta has long since departed – Paul Dalglish is now in charge – but Maldini remains as a co-owner.

Paolo Maldini is currently the Sporting Director of AC Milan.

The former Chelsea striker made footballing history in April 2017 when he became the game’s first-ever player-owner, agreeing a unique deal with United Soccer League side Phoenix Rising, after signing as a free agent.

In September 2018, Ronaldo became the majority owner of La Liga club Real Valladolid after buying a 51% controlling stake in the club for €30 million. At his unveiling as the club's new owner at Valladolid city hall, Ronaldo stated, "I have gone through many stages in my training in football to prepare for this. Football is all about passion. We want to build the best team possible to compete while also giving information about our management with transparency.

Demba Ba fronted the group to buy an NASL expansion side in San Diego, with Hazard, Cabaye and Sow all investing to get it off the ground.

What a consortium that is. Add a goalkeeper and they could set up a five-a-side team, too.

Demba Ba fronted the group to buy an NASL expansion side in San Diego, with Hazard, Cabaye and Sow all investing to get it off the ground.

The original plan was for the team, since named 1904 FC, to make its debut in the NASL in 2018, but the season was cancelled, with the latest plan for them to join the United Soccer League in 2019 instead.

The team was originally announced to make its debut in the North American Soccer League in 2018. However, due to the cancellation of the 2018 NASL season, the expansion team withdrew from the NASL and attempted to reach an agreement to join the United Soccer League in 2019. On June 7, 2018, it was revealed that 1904 FC's exclusive negotiating window had elapsed without agreement in place to join USL.On September 6, 2018, the National Independent Soccer Association (NISA), a planned Division III league, confirmed that San Diego 1904 FC was the league's first member club. NISA has applied to the United States Soccer Federation (U.S. Soccer) for sanctioning as a Division III league to start play in 2019. The club is expected to play at 70,561-seat capacity SDCCU Stadium.

On August 29, 2019, Alexandre Gontran was announced as the club's first head coach

He has joined Michael Essien, Luis Ronaldo of Brazil and Gerard Pique of Barcelona who have ventured into the club owning business.

"I have joined three of my advisers who are also my good friends for us to takeover Alcobendas Sport to make it one of the great clubs in Spain," Partey told Ghanasoccernet.com.

"It is an ambitious project but we have put together our plans of making it a success through a gradual proccess of growing Alcobendas Sport from the ground - up."

Founded in 1995 it plays in Tercera División – Group 7, holding home games at Polideportivo Luis Aragonés, which has a capacity of 3,000 spectators.

The club was founded as Soto de la Moraleja, Alcobendas first reached the fourth division in 2006–07, finishing in fourteenth position.

Changing its name to Soto Alcobendas Club de Fútbol in 2006, the team was again renamed the following year, to Alcobendas Sport, to cover the entire city.

Thomas Partey and his partners have hired an experienced youth development coach in the person of Javi Banos to steer the affairs of the club- he was the brain behind the signing of the Ghanaian midfielder at Atletico Madrid.