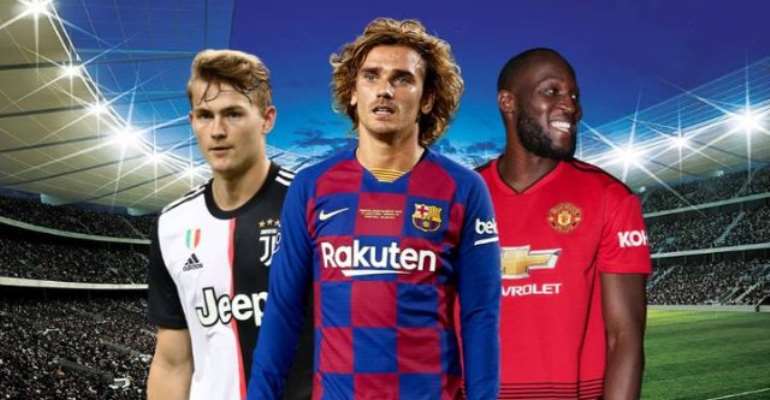 The top five leagues in Europe spent a combined record £5bn in the 2019 summer transfer window, an increase of £800m on the previous record set in 2018, according to Deloitte.

Premier League clubs spent £1.41bn, following a flurry of signings on their deadline day on 8 August.

Clubs in Italy's Serie A, Germany's Bundesliga and France's Ligue 1 all set new transfer records in their leagues.

La Liga sides spent a combined total of more than £1bn for the first time, with Antoine Griezmann moving from Atletico Madrid to Barcelona for £108m, Joao Felix switching from Benfica to Atletico for £113m and Eden Hazard transferring from Chelsea to Real Madrid for £90m.

Scottish Premiership sides spent an estimated £25m, with Old Firm rivals Celtic and Rangers making up the majority of that total, while other top teams utilised loan and free transfer methods for players.

Dan Jones, head of Deloitte's sport business group, says the record spending is "unprecedented" and has been driven by a number of factors, including additional money from new television contracts, and squad revamps resulting from managerial changes.

"The improved financial performance of European football clubs has also reduced the need for clubs to sell their best players," Jones said.

He added, though, that Premier League spending has fallen.

"Looking to the Premier League, this summer's player transfer expenditure fell narrowly short of record levels, and net spend was at its lowest level since summer 2015," he said.

"While this level of net spend as a proportion of revenue of 11% is the lowest since summer 2011, we still expect wages to increase at a greater rate than revenue in the next couple of seasons."