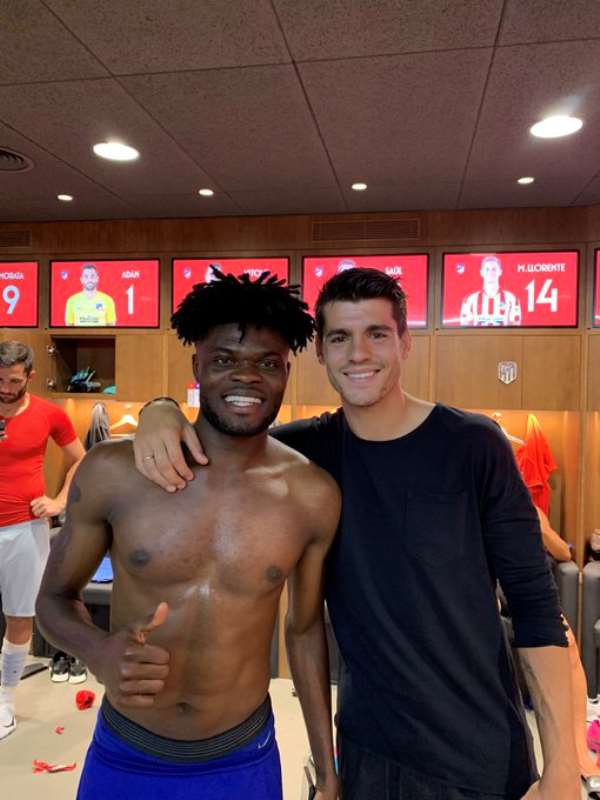 With the game ending 2:2, the Ghanaian midfielder climbed off the bench to score the winning at the 90th minutes at the Estadio Metropolitano.

Charles’s 7minute strike for Eibar was cancelled by a 27th-minute goal from Joao Felix.

Aniatz Arbilla shot the visitors into the lead again before Vitolo levelled matters in the 52nd minute.

Partey's late goal has helped Athletico Madrid to maintain their 100 per cent record with 3 wins in three matches so far and currently top of the League table.

However, the former Chelsea forward who missed the game due to injury has hailed the former Tema Youth star for scoring the winning goal for his side.

"Victory to victory! Today we knew how to suffer until the end ... Great @Thomaspartey22 ," the former Real Madrid striker wrote on twitter.

Ejisu: 21-year-old girl murdered with intestines gushed out ...
12 minutes ago