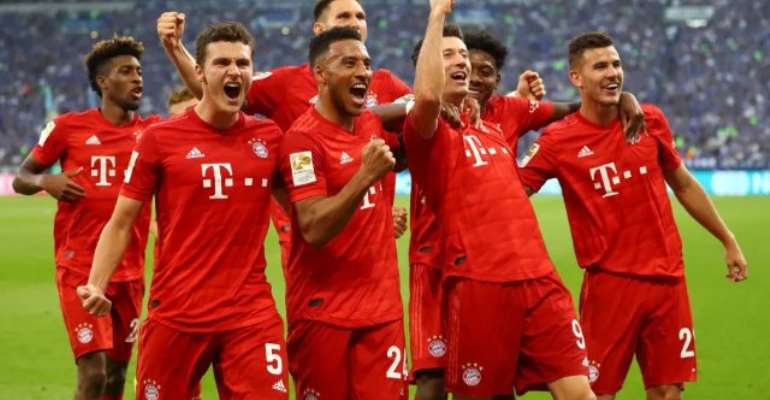 LEWANDOWSKI FORM
Robert Lewandowski has scored all five of Bayern Munich's goals in their first two league games, including a hat-trick in Saturday's 3-0 win over Schalke 04.

The Pole also scored a double in a 2-2 draw with Hertha to start the season.

Only Gerd Mueller has netted more after two matches, with Bayern's all-time scorer notching six in the 1977/78 season. Mueller's record of 40 goals in a season from 1971/72 could be in danger if Lewandowski continues his scoring spree.

SANCHO RECORD
Borussia Dortmund's Jadon Sancho became the youngest player in Bundesliga history to reach 15 league goals on Friday. The England international was 19 and 151 days when he scored in their 3-1 win over Cologne.

LEIPZIG START
Like Dortmund, RB Leipzig have maximum points from two matches in their best start to a season. The Bulls had never before won their two first matches to start a season in the Bundesliga, second division or any of the lower divisions they had played in.

"There are enquiries from several clubs," said sports director Fredi Bobic, adding that the 25-year-old Croatian had expressed a wish to "at some point join a big cub".

HEIDEL STROKE
Former Schalke 04 sports director Christian Heidel suffered a stroke while on holidays in Turkey, with the Royal Blues saying his condition was good under the circumstances.

Heidel, formerly a longtime Mainz 05 official who gave Juergen Klopp his first coaching job there, was Schalke sports director from 2016 until 2019.