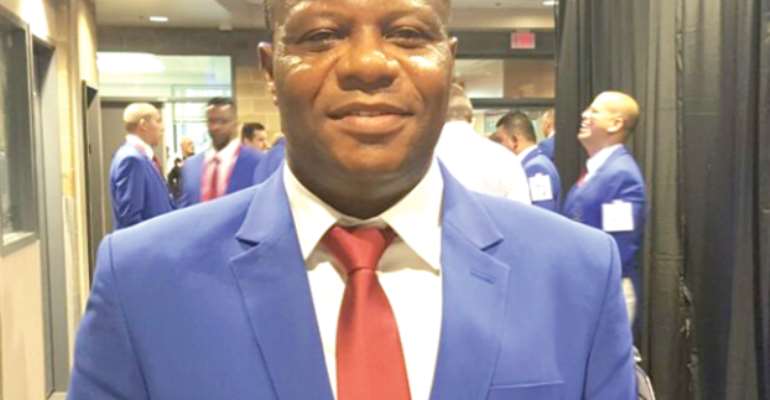 Vice President of the National Paralympic Committee of Ghana Frederick Lartey Otu is the new Chef De Mission to Ghana’s participation of the first African Para Games to be staged in Morocco next January.

His appointment was announced by the President of the National Paralympic Committee Samson Deen at a board meeting.

African Para athletes will have a good chance to showcase their abilities to the wider audience and compete at the multi-sport competition after it has been separated from the main All African Games now African Games.

Most of the events will serve as qualifiers for the Tokyo 2020 Paralympic Games, set to be held between 25 August and 6 September.

Mr Frederick Lartey Otu is the President of the Ghana Taekwondo Federation and Vice Chairman of the World Taekwondo Africa (WTAF) Para-Taekwondo Committee.

He holds six Dan black belts in Taekwondo and is presently a member of the Commonwealth Taekwondo Union Referees Committee and the vice president of the West Africa Taekwondo International Referees Association.

BRIEF ROLE OF A CHEF DE MISSION
The Chef de Mission coordinates the overall selection, preparation, supervision and management of the contingent by:

a) Ensuring the selection of team members meets policies, procedures and eligibility criteria

b) Ensuring that athletes, coaches, cultural delegates and mission staff are aware of and adequately discharge their responsibilities.

c) Managing all Team related matters at the Games including but not limited to internal team policies and other matters related and other Teams.

d) Coordinating transportation for athletes, coaches, cultural delegates and mission staff of the Games Team to and from the site of the Games.

e) Maintaining, liaison with the office of the Host respecting the overall arrangements affecting the contingent’s representation.

f) Ensuring the proper conduct of athletes at the Games.

g) Operating a Contingent office during the period of the Games.

h) At the request, making recommendations with respect to matters relating to the Games.

j) Preparing a final report in a format prescribed by the Games Committee within 60 days of the conclusion of the Games,

k) Following the policies as set down by the Games Committee.