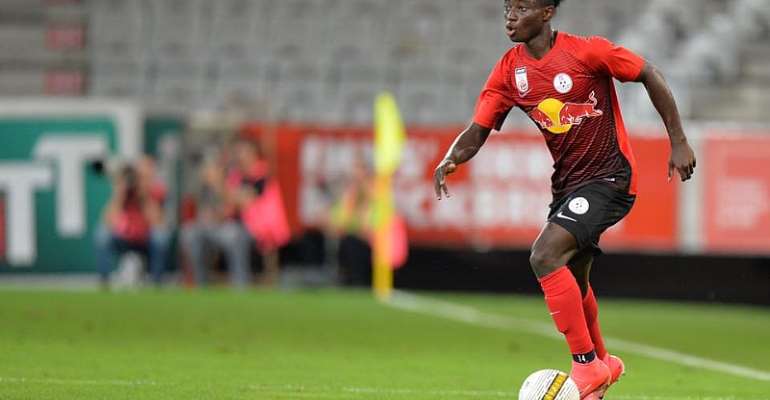 Austrian top-flight side Red Bull Salzburg has disclosed that there has not been any contact with Spanish La Liga Champions FC Barcelona over the signing of Gideon Mensah.

The clarification comes on the back of growing reports that have even concluded that the young defender has agreed to join the Catalans as a replacement for Juan Miranda at Barcelona B.

Reacting to the news however, management of Red Bull Salzburg has noted that they are pleased their player is being linked with a move to one of the biggest clubs in the world.

Nonetheless, Chief sporting director for the Austrian club, Christoph Freund has stressed that there has been no contact with the European giants over his transfer.

“There is no contact with Barcelona”, he told Salzburger Nachrichten.

Now 21 years of age, Gideon Mensah is highly rated and is being tipped to develop into a fine defender that could soon play for any of the top clubs in the five major European Leagues.

He spent last season on loan at Sturm Graz where he hugely impressed. He has been enjoying pre-season with Red Bull but is yet to make a competitive debut for the side.