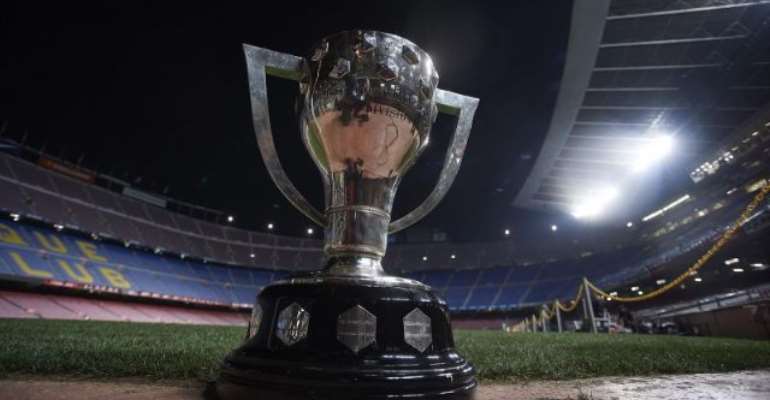 The La Liga season begins on Friday with Barcelona, Real Madrid and Atletico Madrid all set to be far stronger units after a record-smashing transfer window which saw Spain's biggest three clubs splurge over 800 million euros on new players.

Champions Barcelona have been practically in a league of their own in the last two seasons and are favourites to win a third consecutive title after making some smart moves in the summer to replenish their squad of serial winners.

The Catalans, though, will be without talisman and usual top scorer Lionel Messi for their curtain-raiser as he recovers from a muscle injury, while the club continue to be linked with a sensational move to re-sign Neymar from Paris St Germain.

Thirty-three times champions Real Madrid, meanwhile, plot an attempted resurgence in the domestic competition away to Celta Vigo on Saturday, after two disastrous campaigns in a row saw them finish 17 and 19 points adrift of Barcelona respectively.

Madrid have spent a staggering 305 million euros in the close season, a third of that going on Belgium forward Eden Hazard, but the mood at the Santiago Bernabeu is far from optimistic after a terrible run of results in pre-season.

Last year's runners-up Atletico Madrid have also thrown money around this summer after cashing in on the sales of Griezmann, Lucas Hernandez and Rodri and they host Getafe in a euphoric mood after an outstanding pre-season campaign.

"New players have come in with lots of hope and humility and they are prepared to work hard."

HUGE PRICE TAG
Portuguese teenager Joao Felix will be the player to watch at the Wanda Metropolitano after a 126-million-euro move from Benfica, although the forward's impressive early performances indicate he will not be intimidated by his huge price tag.

Valencia finished fourth last season but will face a stern battle for the final Champions League spot with Sevilla, with new coach Julen Lopetegui determined to rebuild his reputation after being sacked by the Spain team and Real Madrid last year.

Sevilla are the biggest spenders outside the top three, shelling out some 150 million euros on 13 new arrivals, although they have bid farewell to crucial players in Wissam Ben Yedder and Pablo Sarabia.

Real Mallorca make a long-awaited return to the top flight after a six-year absence and are joined by Osasuna and Granada, who were both relegated from La Liga two years ago.

It is also set to be an intriguing season off the pitch due to the ongoing feud between La Liga's organizing body and the national football federation (RFEF), who have been in legal battles over when games should be scheduled.

There is also expected to be renewed tensions between the two organizations when the RFEF reveals plans to hold a revamped Spanish Super Cup outside of Spain in January, proposals La Liga have said they will vehemently oppose.