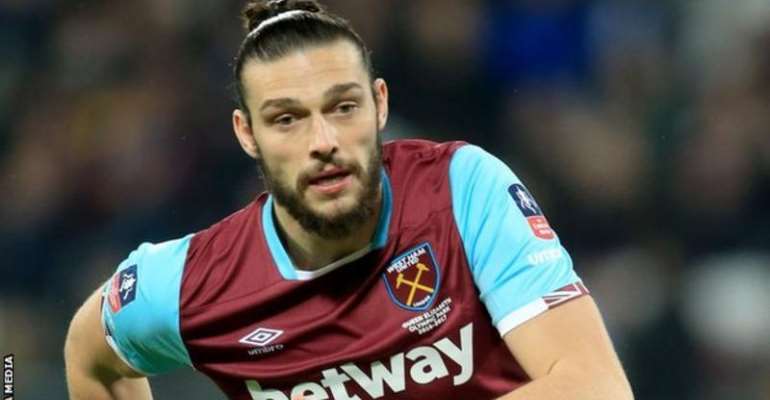 Striker Andy Carroll says his return to Newcastle United eight years after he left was what "dreams were made of".

The 30-year-old, released by West Ham this summer following a six-year spell blighted by injuries, signed a one-year contract on transfer deadline day.

"I enjoyed the time I spent here, and hopefully I can carry on where I left off," said Carroll, who made his Newcastle debut in 2006.

"For me to get back to where I was, I think this is the only place for me."

Carroll scored 33 goals during his five years on Tyneside and helped the club win promotion to the top flight in 2009-10.

He told Sky Sports: "When I put the shirt back on it will probably be a better feeling that it was the first time. It's something I wanted for a long time and now it's here.

"Playing for your boyhood team and going away, you realise what you had and missed. Coming back it's something only dreams are made of."

The England striker moved to Liverpool for a club-record £35m in 2011 but scored only six goals in 44 league games before he was loaned to West Ham for the 2012-13 season.

Although he experienced knee and hamstring problems during that campaign, the Hammers signed Carroll on a permanent deal for £15m in the summer of 2013.

Further injuries limited him to 142 appearances and 34 goals for West Ham.

Newcastle manager Steve Bruce said: "To bring a local hero like Andy back to Newcastle United is fantastic. He is very excited to be home.

"He is a big, physical threat in the opposition box and another great option for us at the top end of the pitch.

"He gives us something different to what we already have and we'll do our best to get him flying again."