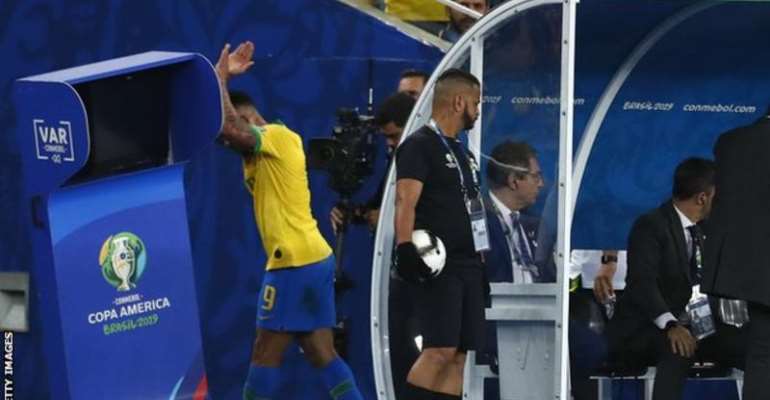 Brazil's Gabriel Jesus has received a two-month international ban for his behaviour after he was sent off during the Copa America final last month.

The Manchester City forward, who scored in the 3-1 win over Peru, remonstrated with referee Roberto Tobar, kicked a water bottle and then pushed the VAR monitor as he left the pitch.

The striker is set to miss September's friendlies against Colombia and Peru.

A statement from governing body Conmebol said: "Gabriel Jesus is suspended for two months from the day following the notification of this decision.

"Consequently, the player is suspended to play official and friendly matches with his national team in that period of time."

Ghana not likely to get next batch of COVID vaccines until m...
17 minutes ago