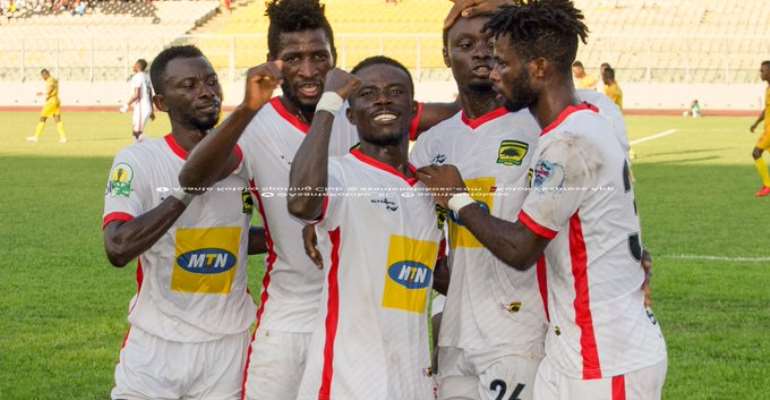 Head Coach for Kumasi Asante Kotoko, Kjetil Zachariassen has confirmed his final 18-man squad for the team’s crucial match against Kano Pillars at the preliminary stage of this year’s edition of the CAF Champions League.

Nicknamed the Porcupine Warriors, the Ghana Premier League giants are set to play as a guest to the Nigeria club this weekend to kick off their campaign in CAF’s top tier inter-club competition.

The gaffer traveled with a total of 24 players to Accra at the beginning of the week and have been training at the Accra Academy Sports Complex in the last three days in preparation for the assignment ahead.

With the team set to depart Ghana for Nigeria today, Coach Kjetil Zachariassen has announced his 18-man squad that will do battle for the people of Kumasi and the West African country at large.

Experienced midfielder Jordan Opoku and recent signings Augustine Okrah and Martin Antwi are all missing from the list and will have to sit out of the upcoming match.

Uganda striker George Abege together with Guinean import Naby Laye Keita and Richard Arthur are the three strikers that will be leading the lines for Kotoko.

Strikers
George Abege, Richard Arthur, Keita Naby.
The first leg of the encounter will be played at the Sani Abacha Stadium on Saturday, August 10, 2019.