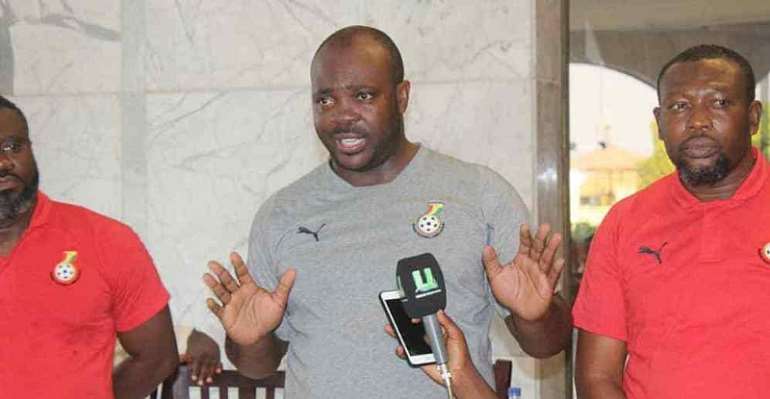 The Youth and Sports Ministry says they cannot disclose the exact number of supporters they flew to Egypt for the 2019 Africa Cup of Nations, according to Public Relations Officer, Elvis Adjei-Baah.

There have been issued as to the numbers of supporters that were sent to Egypt to support the Black Stars in Egypt.

According to Adjei-Baah, the ministry planned on sponsoring 100 supporters to the tournament but following discussions with the Ghana Supporters Union, the number increased.

However, the extra supporters were not fully sponsored by the ministry as they only helped them in getting visas.

“Before we went to Egypt, the ministry’s project committee met with Ghana Supporters Union and told them that we [ministry] can only sponsor 100 fans to the tournament, “he told Joy FM.

“The union led by Abraham Boakye wanted more. So they said that we should vouch for them to get about 300 visas for supporters who were going to take care of their own flight, feeding and accommodation and we agreed.”

“Then again I know that there are some corporate organizations that sent supporters to Egypt.”

“When we got to Egypt, [after Ghana’s] first game we realized that there was a problem with attendance of supporters at the stadium. So there was an arrangement for the mobilization of supporters both in Egypt and from Ghana. We ended up shooting up in the number of supporters.”

“As far as the supporters in Egypt are concerned, the one that the embassy helped us mobilize, the only thing that we had to do was busing them to the stadium.”

“I can’t tell you the exact number of supporters we sent to Egypt for now because there are [still] some supporters in Egypt” he added.

Elvis explained that the remaining supporters are there at the cost of the ministry because the company, White Oak Limited, contracted to do the airlifting procured tickets til the end of the tournament.

Black Stars exited the competition at the round of 16 stage.