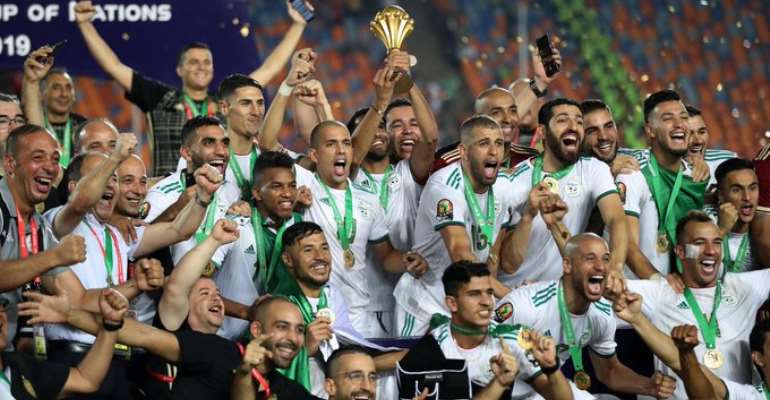 An early goal from Al Sadd striker Baghdad Bounedjah has handed Algeria her second Africa Cup of Nations (AFCON) title in the tournament’s history as they beat Senegal 1-0 at the Cairo International Stadium on Friday night.

The North African giant have been the best team throughout the tournament and put up an overall good show on the last day to ensure they came out victorious in order to be crowned champions.

Though Senegal kicked off the first half, Algeria showed good intent after winning possession and immediately went on the attack in search of an early goal to unsettle their opponent.

Just two minutes into play, Algerian striker Baghdad Bounedjah found himself on the edge of Senegal’s 18-yard box but virtually on his own. The player opted to go solo and tried a short front distance.

Fortunately for him, his strike took a wicked deflection and found its way into the back after completely beating goalkeeper Alfred Gomis who was in post for the Senegalese on the night.

From there on, the Teranga Lions dominated the game but were kept at bay by a solid defensive setup of the Desert Foxes who made sure they defended their early goal to take them into the break.

The West African side resumed the second half and played their hearts out but all to no avail. Head Coach Aliou Cisse tried to change the game from the bench but all his substitutes could not conjure the magic his side needed.

The match eventually ended with the Desert Foxes of Algeria celebrating their second title win in their history and their first triumph in 29 years.