Countryman Songo Slams Thomas Partey; Describe Him As The Worse Player In The Black Stars Team 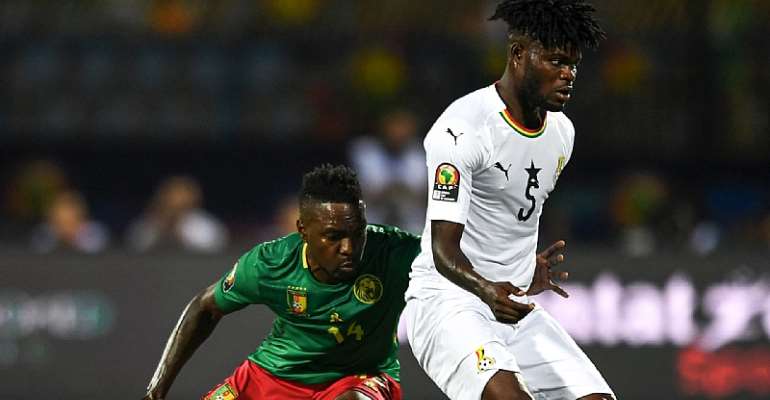 After failing to live up to expectation in the 2019 Africa Cup of Nations, Thomas Partey has come under intense criticisms with award-winning sports broadcaster, Patrick Osei Agyemang describing the 25-year-old as the worse player in the Black Stars team.

The Atletico Madrid ace after four matches played in the tournament scored on one goal.

However, many Ghanaian football fans believe the former Tema Youth star was not used properly in his favourite playing position and that propelled his abysmal performance at the 32nd edition of the tournament.

However, the controversial Adom TV ‘Fire-for-Fire’ host says he was stunned by the output of the Manchester United target insisting he let the team by consistently repeating the same mistakes.

“The least said about Partey, the better because he was a disappointment,” he said on Ekosii-Sen on Asempa FM.

“I am really disappointed in him and I was surprised some people were crusading that he should be played at the ‘Number 10’ position.

“He kept on making the same mistakes throughout the tournament and I was really surprised with his performance because I was not expecting such a mediocre performance from such a professional player,” he added.

The Black Stars were crashed out of the tournament at the round of 16 losing to Tunisia on penalties to extend the country’s 37 year’s trophy famine.