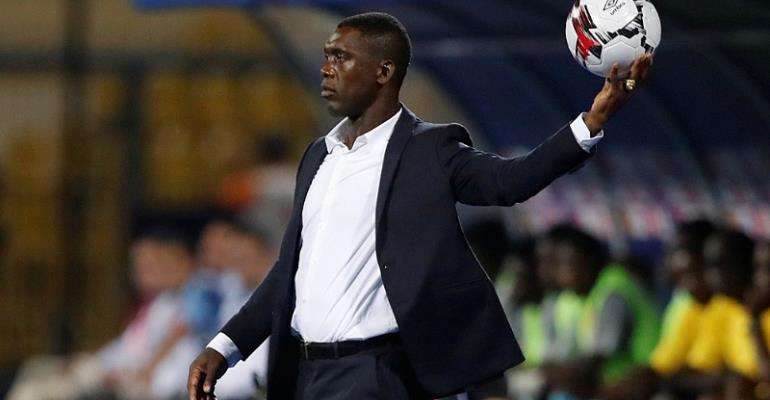 Clarence Seedorf, the 43 year old coach of Cameroun, the defending champions at the 2019 Africa Cup of Nations in Egypt has hailed the Black Stars of Ghana as a respectful team with good players who feature for important clubs in Europe.

Speaking to the media at the 32nd edition of the continental football extravaganza, he praised his counterpart, Kwesi Appiah for presenting an unpredictable set of matured and young rising stars who made him feel very uncomfortable in the last 10 minutes when Ghana played Cameroun to a goalless drawn game in Ismailia.

According to the former Dutch international, Ghana is one of the favourites to win the tournament.

He said the referee who officiated the game did well as he often does not complain about officiating because the referees have a commission that oversees their work and they can punish or reward the best referees.

He noted the Africa has great talent and the future of the game belongs to Africa with good technical know how and creative managers and administrators.

He said football is not like basketball where many scores are made against a weaker side, however in football a less fancied side can cause an upset.

Cameroun’s Indomitable Lions who are the 2017 winners will meet Nigeria’s Super Eagles who won in 2015 in a big battle in the 1/16 stage on Saturday, July 6, 2019 at the Alexandria Stadium at 4pm.

Host nation, the Pharoahs of Egypt will clash with the Bafana Bafana of South Africa on the same day at 7pm at Cairo.

Sensational Madagascar meets DR Congo on Sunday at 4pm in Alexandria, and then Algeria faces Guinea at 7pm at Cairo.

On Monday, Mali will battle with Cote d’Ivoire at Suez at 4pm, and then Ghana will play Tunisia at 7pm at Ismalia.

Today, Friday, the 1/16 stage matches of Afcon 2019 (knock out) start with Morocco versus Benin at 4pm at Cairo and Uganda against Senegal at 7pm at the same venue.