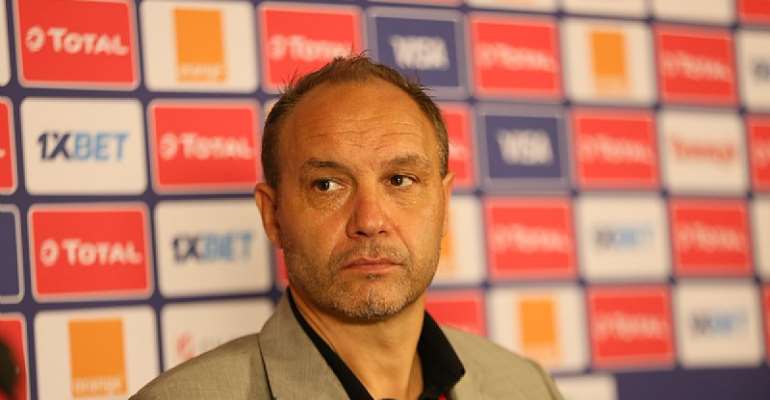 Head Coach for the Harambee Stars of Kenya, Sébastien Migné has promised a better and balanced performance from his side in their next match against Tanzania following their 2-0 defeat to Algeria on Sunday evening at the 30 June Stadium.

The team started off their campaign in the 2019 Africa Cup of Nations (AFCON) tournament against the Desert Foxes but unfortunately lost after a poor first-half performance.

An unconvincing display in the first 45 minutes of the match resulted in Sébastien Migné side conceding two quick goals which proved to be the deciding factor between the two sides.

First, the team gave away a penalty which striker Baghdad Bounedjah calmly converted. Ten minutes later, Algeria’s danger man Riyad Mahrez found himself unmarked in the 18-yard box of the Kenyans and connected to a cut back cross to score his side’s second goal.

A much more improved performance from the Harambee Stars halted their opponent in their tracks and stopped them from creating any clear cut chance that would have resulted in them increasing their lead.

Speaking in a post-match interview after the defeat, Coach Sébastien Migné who was not impressed with the first half display of his side assured that they will improve in their subsequent match against Tanzania.

“I can accept defeat. But not in the first half. The next match will be balanced”, the gaffer shared.

After that match, they will go on to conclude their matches in Group C against tournament favorites Senegal.

You must be encouraged and supported for not being a spectat...
1 minute ago