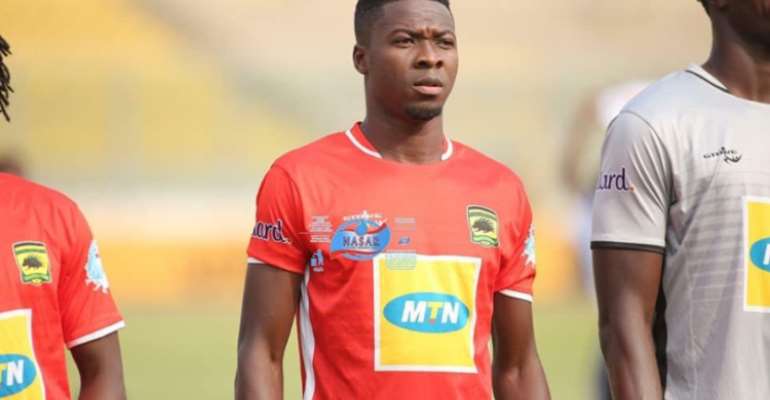 The Porcupine Warriors having played in last season’s Caf Confederation Cup, are hoping to taste continental football again in the 2019/2020 season and will have to beat a fearless Karela United side to make their dream a reality.

The Anyinase-based club who boast of the competition’s top scorer Diawise Taylor and dreaded forward Solomon Sarfo Taylor have vowed to punish Asante Kotoko at their favourite Baba Yara Stadium.

Nonetheless, Ganiu who played a crucial role in defence for the Ghanaian giants’ last appearance in Africa says the team is in high spirit for nothing less than victory on Sunday against his former club.

”It’s like any other game I have played but very special for me because I have not yet lost against my formal team,” he told ncspecialcompetition.com

”Secondly, we need to put a smile back on the faces of the fans after the loss in Accra. Every player’s dream is to play at the highest level and the Caf Champions League is one so I’m highly motivated to play in this final,”

Asante Kotoko beat archival rivals Accra Hearts of Oak 5-4 on penalties after a pulsating one all draw last week at the Accra Sports Stadium to seal passage to the final while Karela United, on the other hand, beat AshantiGold SC 1-0 at the Obuasi Len Clay Stadium to reach their first ever final in the club’s Ghana Premier League history.

The winner of the crunchy final will represent Ghana in the 2019/2020 Caf Champions League.