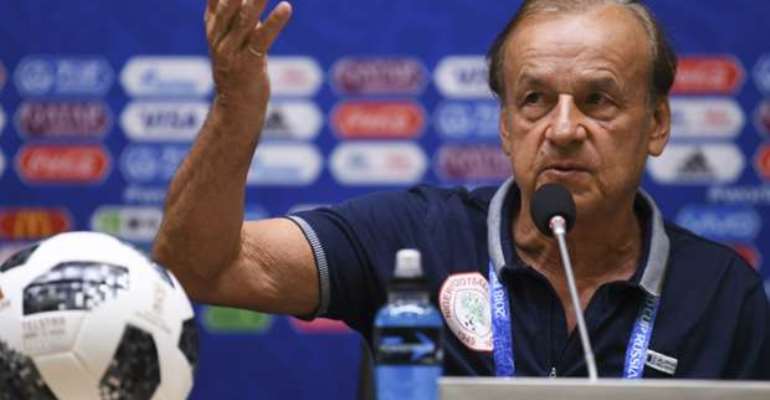 Even before the Super Eagles of Nigeria play their first match in the ongoing 2019 Africa Cup of Nations (AFCON) tournament, head coach Gernot Rohr has revealed that he will not want to face Egypt any time soon.

Host Nation Egypt is in Group A and finds themselves leading the standings after beating Zimbabwe 1-0 at the Cairo International Stadium on Friday evening.

Nigeria who is in Group B is expected to open their Group later today when they take on a less fancied side, Burundi. It is a match the West Africa powerhouse are favorites to win to better their chances of progressing to the knockout stages.

Depending on the standings at the end of the Group phase, Egypt could be paired against Nigeria in the knockout stage.

Speaking in a pre-match interview ahead of Nigeria’s opening match, Gernot Rohr has revealed that though he respects all 23 other countries participating in this year’s tournament, on the team he will not like to face is the Pharaohs of Egypt.

“There are a lot of strong teams that are part of this competition, we respect them all. However, the team I do not want to face is the Egyptian team”, the gaffer said.

With Kelechi Iheanacho having been drawn from the squad prior to the tournament, Arsenal’s pacey winger Alex Iwobi will have a lot of responsibilities on his shoulders to make things happen for Coach Gernot Rohr’s side.

The match will be played at the Alexandria Stadium at 17:00GMT.