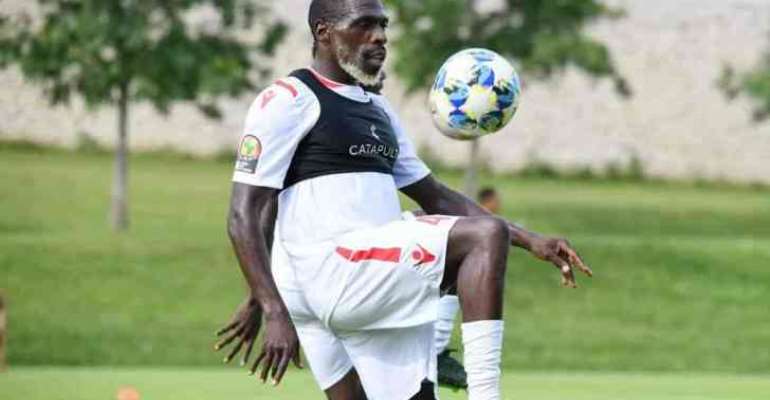 He does all his talking on the field and that’s why fans have nicknamed him Berlin Wall. In their eyes and on a good day he’s simply impermeable.

In the past week, however, he has been a trending topic on social media over his perceived old age going by his looks.

The twitter-sphere went a buzz when the Football Kenya Federation (FKF) profiled him, indicating that he’s 26 years old.

To many he is way older than that despite the fact that 26 could be his real age according to testimonies from those who grew up with him in Western Kenya.

Age in football is a hot topic in Africa.

So in what appears to be a subtle response to his critics, Onyango has chosen to rock a white beard ahead of the Africa Cup of Nations starting on Friday in Egypt.

The photos of his new look were splashed on social media late last night and they were an instant talking point.

Stars have been camping in Paris, France and will travel to Egypt on Tuesday.