AFCON 2019: Retiring From National Team Over Captaincy Proves Are You Are Immature - Tony Yeboah 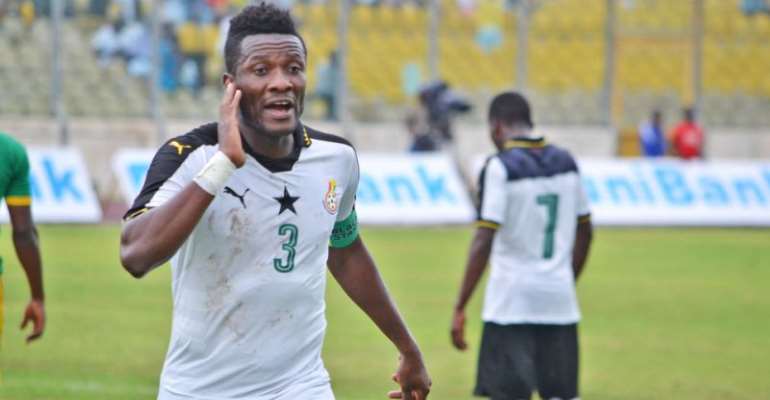 Former Ghanaian international, Tony Yeboah has waded into the Black Stars captaincy fracas claiming for one to decide to retire from the national team over captaincy proves the person is immature.

The issue of Black Stars captaincy made the headlines last month as Asamoah Gyan shockingly confirmed his retirement from the national team claiming he is displeased with the decision of the coach to strip him of the Black Stars captaincy ahead of the upcoming Africa Cup of Nations (Afcon).

"Retiring from the national team because of captaincy purely shows immaturity and unprofessionalism," Yeboah, who is widely remembered for his exploits for English side Leeds United and German outfit Eintracht Frankfurt during his playing days, said on Atinka FM.

"Being a good captain or not doesn't win anything. The most important thing is having a good team.

"In our time, I must confess the captaincy issues really affected the team.

"Without that captaincy misunderstanding, I can say it on authority Ghana would have won the Afcon."

Swansea City attacker Andre Ayew has been appointed as the new skipper of the Black Stars ahead of the 32nd edition of the Africa Cup of Nations in Egypt.

The 29-year-old will be assisted by Internazionale ace Kwadwo Asamoah while Gyan has been moved on to the more advisory 'General Captain' role.

"In my opinion, the captain of the Black Stars should be voted for by the players," Yeboah went on.

"The coach must select three or four players for them to be voted for.

"This will mitigate the problems associated with the captaincy of the Black Stars," he added.