The Normalization Committee of the Ghana Football Association has communicated to Hearts of Oak that their semi-final match with arch-rivals Asante Kotoko is still on hold.

According to the Normalization Committee, the Porcupine Warriors is supposed to write a letter to indicate that they have rescinded their decision to withdraw from the competition due to the sharing of gate proceeds and venue for the match.

Kotoko announced on its official website that they will not honour their semi-final game against Hearts of Oak at the Accra Sports Stadium requesting the match should be played on a neutral grounds and further insisted that the gates proceeds must be shared equally.

However, reports went rife that the Normalization Committee have reached an agreement with the Porcupine Warriors over an equal disbursement of the gate proceeds.

The much-anticipated clash is expected to come on June 16 at the Accra Sports Stadium.

Below is the official statement from the GFA Normalization Committee 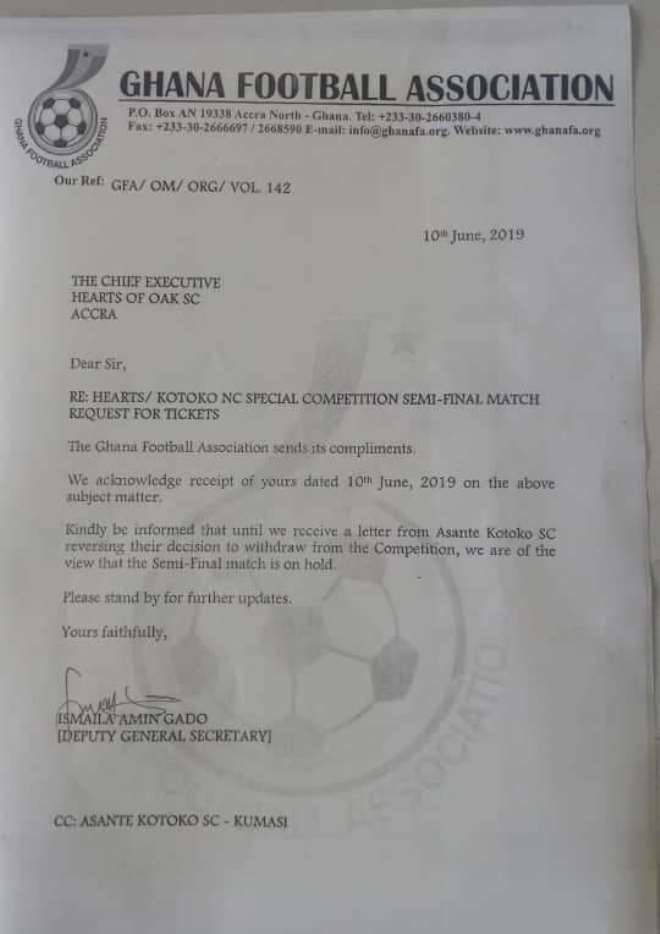