Razak Brimah Calls On Black Stars To Unite At 2019 AFCON 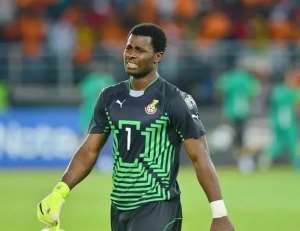 Former Ghana goalkeeper, Razak Brimah has called on players included in the final 23-man squad of the Black Stars to stay united if they want to succeed at this year’s Africa Cup of Nations (AFCON) tournament set to be hosted by Egypt later this month.

According to the former Mamelodi Sundowns shot-stopper, Ghana has a good team and he is expecting all the players selected by head coach James Kwesi Appiah to give out their best when the tournament starts.

Speaking to Joy FM, Brimah who has represented the Black Stars at 2 different AFCON tourneys shared, “They (the fine 23-man squad) are the right people but still anyone that will be there will have to defend the national flag. I think they will give their best because this is the national flag so any Ghanaian that will be there will give his best”.

He added, “They should give their best and they should make sure that they will sweat the jersey, the national colour. They should support each other and be like brothers like the way we do before and go out there and make us proud”.

The West African country has been drawn in Group F and expected to face the likes of Benin, Guinea Bissau, as well as defending champions Cameroon.

This year’s continental showdown will start in Egypt on June 21 and end on July 19.