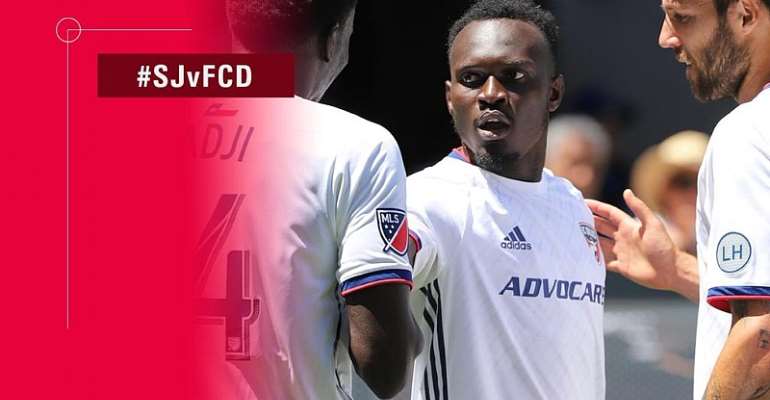 Ghanaian International Francis Atuahene scored an outrageous goal in the Major League Soccer (MLS) on Saturday for his San Jose Earthquakes side to earn them an important point in their 2-2 draw with FC Dallas.

Atuahene who was the No. 4 pick in the 2018 SuperDraft made his debut for the club but managed to repay his gaffer for giving him the chance to have a feel of the MLS.

The first-half lead by San Jose was canceled in the early minutes of the second half courtesy a fine strike from Chris Wondolowski. Then on the 54th minute, FC Dallas who was playing as the home side stepped up their game and took the lead through Magnus Eriksson.

Needing a goal, to have a fighting chance at winning the match, Atuahene climbed off the bench and scored with what was his first kick of the ball. Celebrating his 23rd birthday on the match day, the attacker picked up a ball at the edge of the 16-yard box before curling a stunning strike that went straight into the back of the net.

The match eventually ended 2-2 at the end of the 90 minutes.

The promising Francis Atuahene has been tipped to become one of the best players for Ghana in the next couple of years.