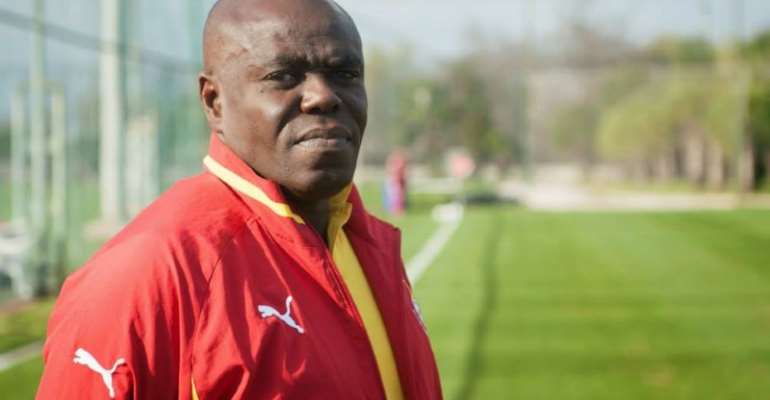 A UK-based Ghanaian coach Kofi Koranteng believes the ace trainer will ‘do a very good scouting job for Ghana’ at 2019 Africa Cup of Nations in Egypt.

The former Ghana U-20 [Black Satellites] coach together with former Hearts of Oak and Asante Kotoko coach David Duncan and Mas-Ud Didi Dramani have been picked by Ghana head coach Kwasi Appiah to scout for the Black Stars at the AFCON.

Ghana is chasing its fifth continental title since last winning it in 1982 and the UEFA License coach his tipped Sellas Tetteh to expertly do a very good job for Kwasi Kwasi Appiah taking into consideration his vast coaching experience, having led Ghana’s U-20 team to conquer the world for the very first time in 2009 on the same soil.

Speaking in an interview with Asempa FM, Coach Koranteng said: "I am very sure Sellas Tetteh will do a very good scouting job for Ghana at this year’s AFCON.”

"I don’t really know the other two coaches who will be working with him very well but I Know Sellas so well and his coaching credentials can’t be doubted on underestimated. I think he will offer good services to the technical team that will engineer their success at the tournament to make the entire country happy.

"I think Kwasi Appiah did well by asking Sellas Tetteh to be part of the coaches who will be scouting for him at the tournament, his experience I strongly believe will be of good help to the country in our quest to end the 37 years trophy drought,” he concluded.

The Black Stars will open their Group F campaign against Benin on 25th May 2019 before facing defending champions Cameroon three days later with their final group fixture slated for 2nd July 2019.

The Ghanaian team has currently pitched camp in Abu Dhabi where they will play two warm-up friendlies against Namibia and South Africa before finally flying to Egypt for the continental showpiece which starts on 21st June and ends on 20th July 2019.