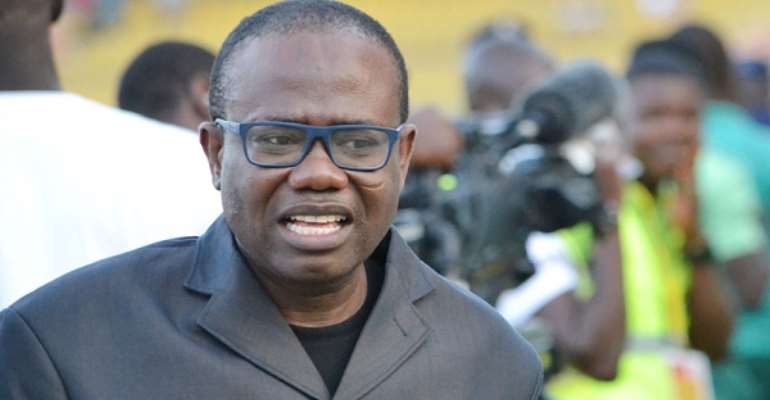 Former Ghana Football Association president, Kwesi Nyantakyi has revealed how dealt with after the airing of the 'Number 12' video by Anas Aremeyaw Anas.

The rot in Ghana football revealed in the documentary premiered by the renowned investigative journalist in June last year at the Accra International Conference Centre.

Football-related activities was brought to a standstill after the government took the decision to collapse the country's football governing after the airing of the video.

In the documentary, the former CAF 1st vice president was seen negotiating for a 25 per cent cut of a sponsorship deal meant for the federation to be diverted to a company he owns.

In the aftermath of the video, Mr Nyantakyi resigned from his position as the nation’s football governing body head as well as his positions at FIFA and CAF.

After several months of internal investigations, the world football governing body slapped Mr Nyantakyi with a lifetime ban from all football activities with a heavy fine.

However, Nyantakyi has digested the agony he went through during these past twelve months as he disclosed how he took the news and its influence on his life during a colourful event at Nima in Accra to break the Ramadan fasting with his fellow Muslim brothers.

"I take consolation from the fact that our leader and prophet of God went through harsher conditions," he said.

"If the Prophet of Allah went through this and so me an ordinary mere mortal like me," he added.

However, Mr Nyantakyi is currently challenging his lifetime ban by FIFA at the Court of Arbitration of Sports [CAS].