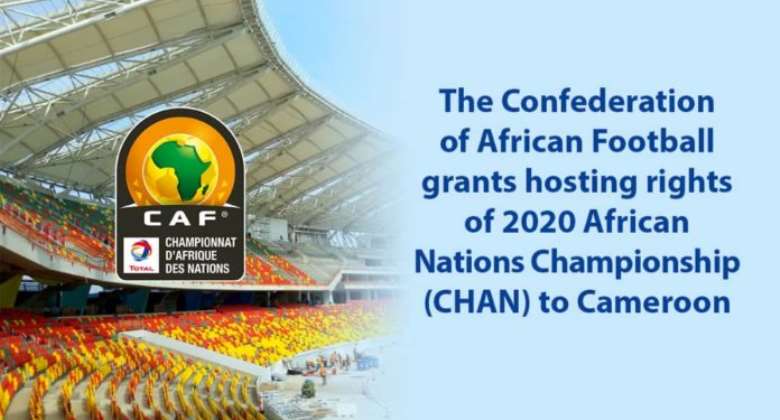 The President of Confederation of African Football (CAF), Ahmad Ahmad has awarded the 2020 African Nations Cup for home-based players to Cameroon.

The competition was slated to take place in Ethiopia but CAF withdrew it from Ethiopia for reasons of Ethiopia unreadiness. President Ahmad, however, revealed that the plan it’s part of the build-up to the 2021 AFCON to be held in Cameroon.

“…we withdrew the CHAN 2020 from Ethiopia and directly attributed it to Cameroon after a tacit agreement, to permit us to better prepare for the AFCON 2021.”

Ahmad Ahmad disclosed this after a long CAF Executive Committee meeting which also saw the naming of a new Secretary General, Mouad Adji to succeed Amr Fahmy who was in office since November 16, 2017.

Of late, Ahmad and Cameroon have developed a good love story, having withdrawn the AFCON hosting rights from Cameroon for the 2019 tournament and instead of applying article 92 of the CAF status, Ahmad opted to go into a high level negotiation with the Presidents of Côte D’Ivoire and Guinean Conakry for a shift of hosting dates for the next three editions of the competition, in order to permit Cameroon host the 2021 edition of the tournament instead of Côte D’Ivoire and moved the Ivorians to 2023 which was scheduled to take place in Guinea Conakry, then move Guinea to 2025.

Now the first edition of the revised 16 instead of 8 teams CHAN will be held in Cameroon in nine months time, to prepare them for the big event a year later.

Mankessim murder: Another suspect grabbed at Akwakrom
11 minutes ago