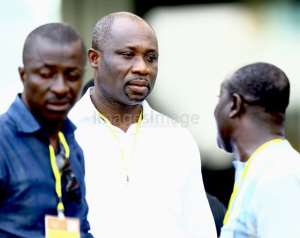 Ghana are determined to win the 32nd edition of Africa's prestigious tournament in Egypt after coming close to win the ultimate in 1992, 2010 and 2015 respectively.

Kwesi Appiah and his playing body have been charged to end the country's trophy drought.

However, the former Ghana FA vice president has insisted that the players must focus and work ahead of the tournament.

"We have come close three times in winning the trophy but we couldn't," he told Metro TV.

"In 2010 and 2015, I was privileged to be at the tournament and the players did their best but it was unfortunate we couldn't bring the trophy home.

"In 2015, the players were determined to win the trophy and even in their training, you could see that the players eyeing the ultimate but luck was not on our side but for us to win this year's tournament, the players must stay focus and work hard."

The respected football administrator also called on Kwesi Appiah to be mindful of his player selection.

"Ivory Coast won the 2015 tournament without some of their big names and I think we can do same but the players must work hard and improve their performance," he added.

Ghana have been pitched in Pot 1 with the draw expected to take place on April 12 in Cairo.