11 Footballers Who Could Have Been Our Current Black Stars 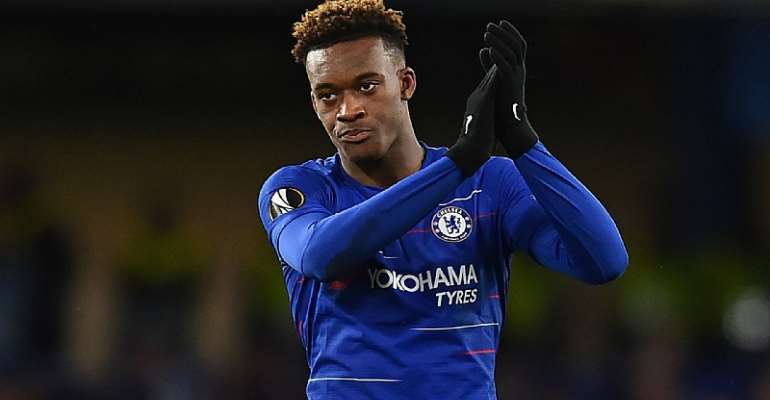 Many Ghanaian-born players who could have worn the jersey to play for the Black Stars are the subject of most people's football fantasy, as such, this write-up is putting together the first 11 who could have played for Ghana.

The parameter of this fantasy team is limited to players currently in the game. This means that the likes of Marcel Desailly, Gerald Asamoah and George Boateng are not under consideration.

Ghana's football history is one of the greatest for a country our size and for a country deprived of sporting amenities among other African countries. We produce stars who came from nothing.

For some reason and perhaps, more than any other African country, we continue to have more Ghanaians choosing to represent countries in which they were born.

Here are the best 11 Ghanaian-born footballers who could have been playing for us.

1. Corey Addai
21-year-old Corey Addai is at Coventry City. Admittedly, his chance to play for Ghana is not past but he has represented England at the lower levels and there is no reported discussion to have him play for Ghana.

2. Claud Adjapong
Claud Adjapong has been one of the standout players for Sassuolo in the 2018/2019 season of the Serie A. He is a wing back whose tenacity and pace would have made him great for Ghana.

3. Dennis Appiah
Dennis Appiah is one of those rare breeds of defenders who could play in every position at the back. The French U-21 veteran can no longer play for Ghana although he is excelling for Anderlecht.

4. Ethan Ampadu
Young Ethan Ampadu is also playing for Wales. The Chelsea centre-back is fearless and commands so much authority on the pitch.

5. Jerome Boateng
Jerome Boateng is most probably, the biggest name on this list. His brother, Kevin-Prince, chose Ghana but Jerome's choice for Germany has not been bad because he has won a World Cup.

6. Alexander Tettey
Alexander Tettey is the only player on this list who was actually born in Ghana. But the Norway international is still connected to his Ghanaian roots, returning to the country on vacations.

7. Inaki Williams
Williams can play for either Ghana or Liberia because his Liberian parents reportedly have Ghanaian citizenship. So far, it does not look like the Athletic Bilbao forward is looking at either African country but Spain.

8. Georginio Wijnaldum
Georginio was once Georginio Boateng. But upon his mother's divorce from his Ghanaian father, Georginio switched his name to his Dutch mother's last name. Georginio is probably the most in-form player on this list.

9. Mario Balotelli
Mario Bawuah Balotelli is widely known for so much more than football. He has become the poster child for young players who promise so much yet have a knack for self-destruction. He is still highly-rated but the man born in Italy to Ghanaian parents cannot play for Ghana.

10. Memphis Depay
Memphis Depay turned down the opportunity to play for Ghana owing to his Ghanaian father's reported neglect of young Memphis. He now plays for the Netherlands.

11. Callum Hudson-Odoi
Callum Hudson-Odoi at 18 looks like a player everyone will pay attention to in the coming years. He has been called to the English national team and if he takes to the field, he will be ineligible for Ghana.

Takoradi woman confesses she was not pregnant
56 minutes ago