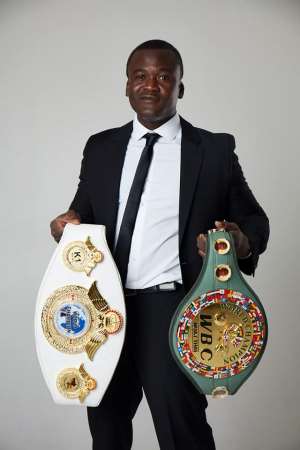 The WBC Muay Thai in a letter signed by its Pol. Secretary, Chairman and Vice Chairman said from February 6, 2019, following the continued global expansion of the WBC Muay Thai activities, they are pleased to announce the appointment of Mr. Lawrence Nyanyo Nmai as an official WBC Nuay Thai Representative for the country of Ghana.

Pol. Secretary, Kovid Bhakdibhumi thanked Mr Nmai for his enthusiasm to promote WBC Muay Thai activities in Ghana and said he is looking forward to offering the full support of the WBC Muay Thai head office in Bangkok as he and his team continue their endeavours to grow the sport in Ghana.

Meanwhile, plans are advanced in preparing to stage an international Muay Thai Championship at the Bukom Boxing Arena on March 9 and the organisers are holding a Press Conference at the Accra Sports Stadium on Friday to create awareness and publicity on the bouts.

In another development, all the Ghanaian fighters on the bill have promised to defend the flag of Ghana in grand style, so they are calling on all fight fans to be at the Bukom Boxing Arena on March 9, 2019.