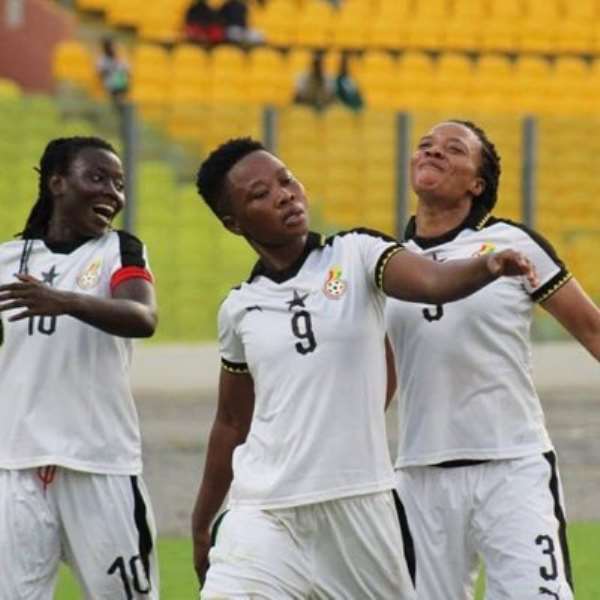 The Black Queens of Ghana defeated Algeria by a solitary goal in the opening game of the Africa Women's Cup of Nations.

Gladys Amfobea's 13th-minute strike was enough for the Black Queens to open the campaign with victory.

Ghana began the game in an explosive manner, creating several chances in the early stages of the game but the Algerian goalkeeper was up for the task.

However, Gladys Amfobea took advantage of a miscued pass to volley the ball home for the Black Queens.

The team had another chance fall to captain Elizabeth Addo but his fierce shot was calmly collected the Algerian shot-stopper.

Algeria goalkeeper Takenint impressed in the first half, blocking most of the shots that came her way.

Ghana continued pushing forward but striker Samira Suleimana missed most of the opportunities that came her way.

The team went into the break with the slim lead.

Coach Bashiru Hayford made some changes after the break, bringing in Jane Ayieyam in place of the experience Samira Suleimana.

Anyieyam scored a goal which was ruled offside as the Black Queens finished the game with Amfobea's first half strike.

Ghana next faces Mali on Tuesday.

The Innocent Flower Looking Akufo-Addo Is The Mother Serpent...
24 minutes ago