Hearts Opted Out Of JAK Cup Because Organizers Could Not Meet GH₵100,000 Demand 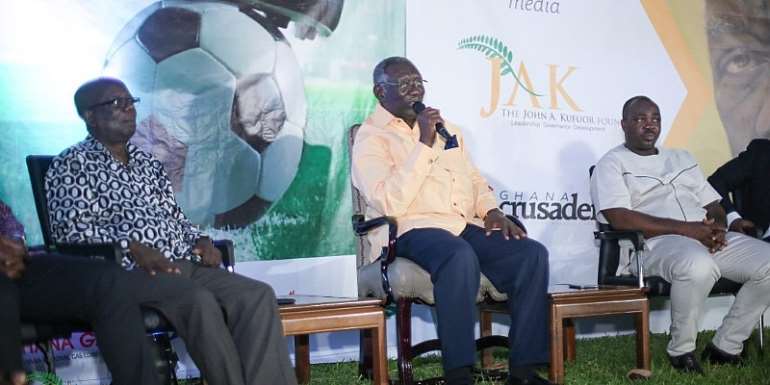 It is being reported that Accra Hearts of Oak decided not to play the John Agyekum Kuffour Cup because their demands for a sum of GH₵100,000.00 was not met by the organizers.

Sworn enemies Hearts and Kotoko were scheduled to honour a charity match dubbed: “JAK Cup” to mark the 80th birthday of former President John Agyekum this year at the Baba Yara Stadium.

The match, however, hit a wall after it was launched. Hearts of Oak who were supposed to play Kotoko after losing a two-legged tie against the Porcupine Warriors deemed it not healthy to go head to head with their rivals in any other friendly.

The honorary match has since then been on a low even though there have been reports that Ashanti Gold will be playing Kotoko later this month.

In a staggering revelation on Fox FM, Jeffery Asare, a member of Primeval media Consult, the organizers of the event has revealed that the Accra based club demanded a sum of GH₵100,000 before they will play the match.

According to him, the managing director for the Phobians Mark Noonan informed him that it was the decision of the board of the club and it was not negotiable.

“Mark Noonan, MD of Hearts of Oak told me the decision is that of the board of the club and the figure is non-negotiable”. Mr Jeffery Asare said.

He further indicated that he believes Hearts made that huge demand knowing well that they could not give them that amount of money.