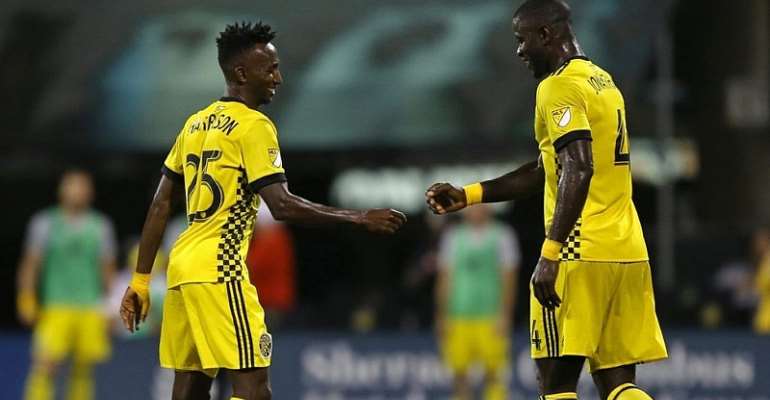 Ghana defenders Harrison Afful and Jonathan Mensah have been nominated for the Defender of the Year award in the Major League Soccer.

The pair have had an outstanding season in the MLS as Columbus Crew continue their chase for a play-offs spot.

The Gold and Blacks are fifth on the Eastern Conference table with two games left in the regular season.

Center back Jonathan Mensah has played 26 games this season with a goal to his credit. The 28 year has appeared in the MLS team of the week many times this season.

Meanwhile, Harrison Afful has been impressive defensively and provides some advantage when the team attacks.

In a related development, young Ghanaian winger Eddie Opoku has also been nominated for the Rookie of The Year.

Players, media, and technical staff will vote for each category, with each group representing a third of the vote. Voting for each of the 10 categories began Monday, Oct. 15 and award finalists will be announced on Oct. 31.