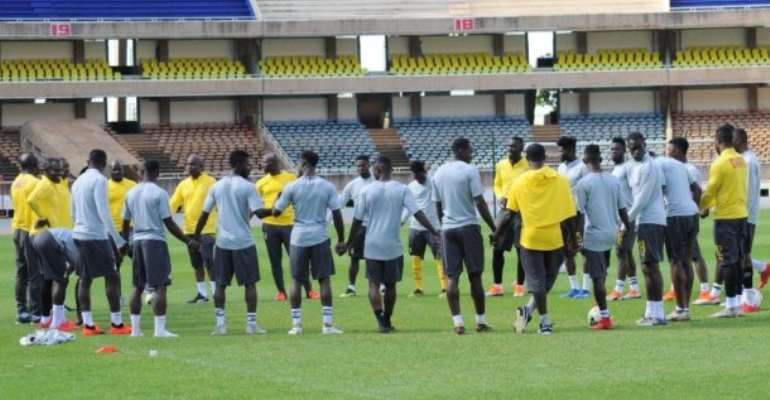 Head coach of the Black Stars, James Akwasi Appiah has named a strong squad for Ghana's AFCON qualifiers against Kenya at the Kasarani Stadium on Saturday.

Former Wa All Stars goalkeeper, Richard Ofori will start in post with Reading defender Andy Yiadom playing at right back while Dan Opare will operate at left back.

Leicester City defender, Daniel Amartey has been named as the captain for the team and will operate in central defends with Udinese player Nicholas Opoku.

Kwadwo Asamoah who is making a return to the team after four years will start from the bench.

However, Tianjin Teda star, Frank Acheampong, have been granted the permission to leave the Black Stars camp in Nairobi after he suffered an acute eye problem.