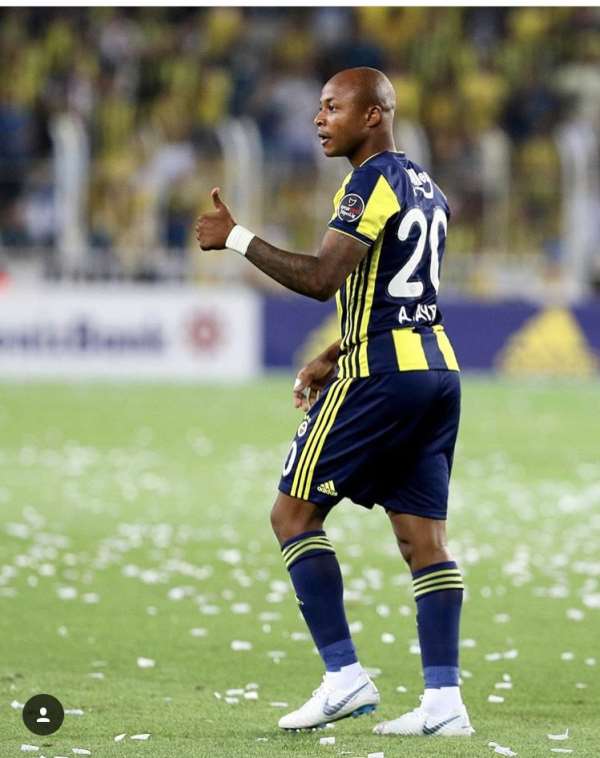 Deputy Black Stars captain, Andre Ayew made his debut for Fenerbahce in the Turkish topflight on Saturday evening.

The Turkish giants defeated Bursaspor 2:1.
Ayew was handed a starters' shirt by coach Phillip Cocu but was substituted in the closing seconds of the game by Alper Potuk.

He was cautioned in the 35th minute.
The former Marseille ace expressed his disappointment following his inability to mark his first appearance with a goal but was delighted his team won maximum points.

The 28-year-old joined the Turkish outfit on loan from Swansea City in the ongoing summer transfer window.

Proud to play my first league game for FENER 👊🏾 3 points 👍🏾gutted not to get a goal today inshallah soon... Our fans are incredible 💙💛 Let’s prepare for Tuesday 🙏🏽 @Fenerbahce pic.twitter.com/omC7DhMe9j