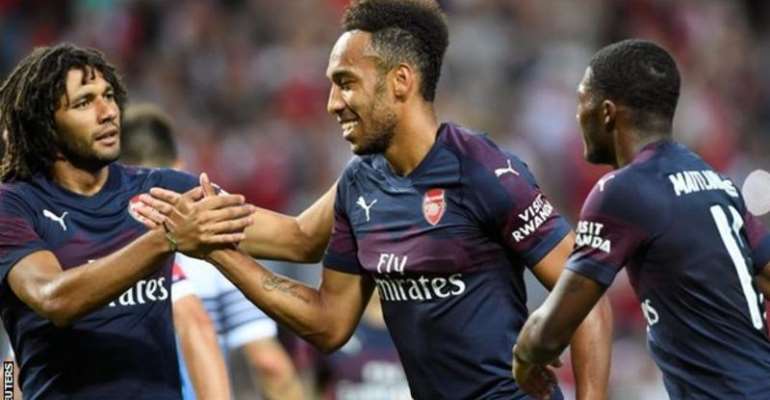 Reiss Nelson and substitute Pierre-Emerick Aubameyang scored as Arsenal beat Italian side Lazio 2-0 in their final pre-season friendly in Stockholm.

Forward Nelson netted a first-half rebound after Alex Iwobi's low strike hit the base of the post.

Aubameyang came on at the break and scored with a precise finish.

Arsenal are next in action on the opening weekend of the new Premier League season when they take on defending champions Manchester City.

Unai Emery's team played Atletico Madrid, Chelsea and PSG in addition to Lazio during pre-season as part of the International Champions Cup, a tournament featuring 18 teams playing at 23 different venues in the USA, Europe and Singapore.

Summer signing Lucas Torreira made his debut in midfield for the Gunners against Lazio, while veteran Swiss Stephan Lichtsteiner came off the bench to also make his first appearance for the club.