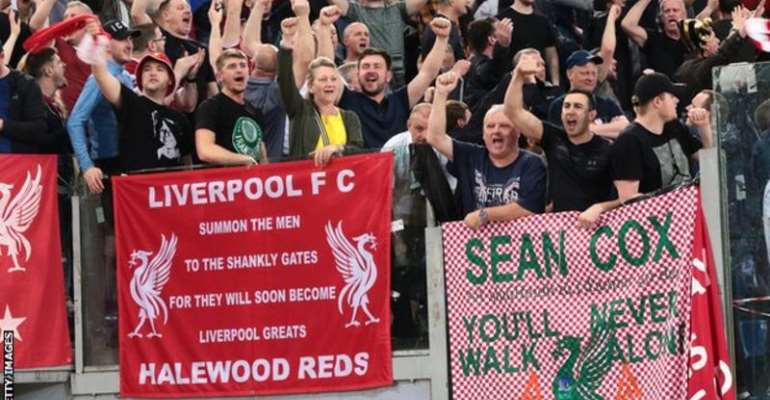 Roma owner James Pallotta has been banned from attending any Uefa game for three months - and his club fined 19,000 euros (£17,025) - after their Champions League defeat by Liverpool.

Pallotta was sanctioned for calling the match officiating an "absolute joke".

The club were charged over insufficient organisation and a blocked stairway at the match in Rome on 2 May, and for fans setting off fireworks.

Liverpool lost the semi-final second leg 4-2 but won 7-6 on aggregate.

Roma's fine follows a 50,000 euros (£43,632) penalty for crowd trouble at the first leg on 24 April. Liverpool fan Sean Cox suffered serious head injuries in an attack outside Anfield before that game.

Two Italian men have been charged with violent disorder in relation to the incident.