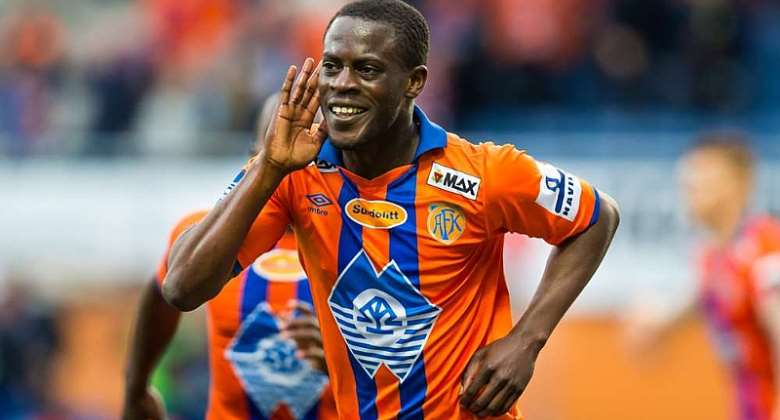 Ghana winger Edwin Gyasi has reiterated his desire to leave Norwegian side Aalesunds FK before the transfer window shuts on Wednesday.

The Dutch-born Ghana winger joined the Orange and Blue at the start of the 2016 league season from Dutch outfit Roda JC Kerkrade and instantly became a mainstay of the side as he scored 12 goals in 53 appearances.

Following his exploits with Lars Bohinen's side last term, the 26-year-old has been heavily linked with a move to Europe's top leagues, with Newcastle United, Norwich City, Getafe, Nottingham Forest and Shakhtar Donetsk mooted to be one his destination.

And the former FC Twente pacey wide-man is looking to depart the club in search of a top-flight challenge before the transfer window closes on Wednesday.

"I do not want to play in the first division in Norway, I think everyone understands," Gyasi told SunnmÃ¸rsposten.

"I have ambitions to play at a much higher level, and I'm afraid that the landslide fights if I do not get on."

Gyasi's current contract with Aalesunds FK will expire in December this year.

He scored on his Ghana debut against Egypt during the 2018 FIFA World Cup qualifiers after a first call-up to the squad last year.