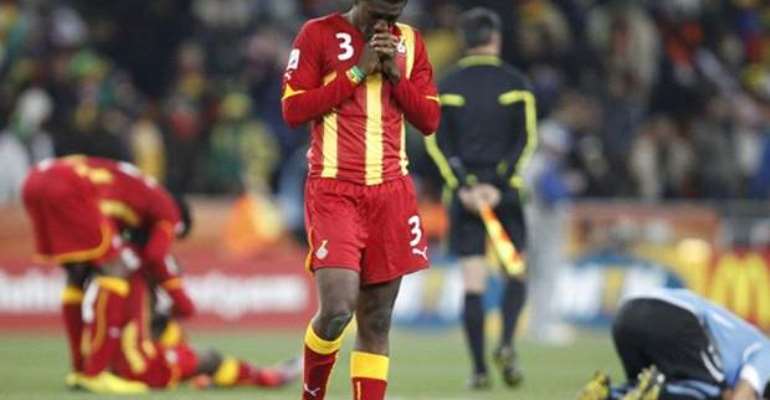 After missing that crucial penalty in the dying minute of the game against Uruguay in the 2010 FIFA World Cup that was staged in South Africa, captain of the Black Stars, Asamoah Gyan insists he wishes he could retake that spot-kick again.

The former Sunderland striker made this known when he was invited to speak at the last year's edition of the LEAD series held at Accra Mall on Saturday, December 30th, 2017.

Speaking at the event, Ghana all-time top goal scorer disclosed that he wishes he could go back and retake the notorious penalty that saw Ghana lose the chance to make history as the first African side to reach the semi-final stage of the 2010 FIFA World Cup.

Asamoah Gyan further added that the fact that he couldn't score that penalty still haunts him.

The LEAD Series is an initiative that aims to inspire younger generations with tales from prominent and successful individuals whose contributions have impacted society.

Other prominent Ghanaians to have featured in the series are the likes of Sarkodie, Reggie Rockstone, Ameyaw Debrah and Anita Erskine.